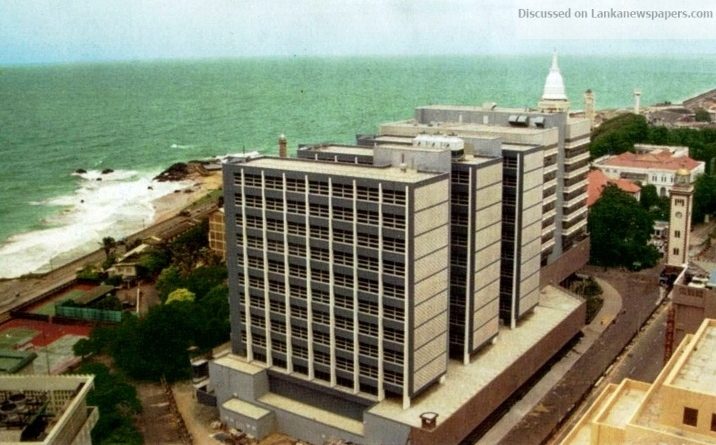 Many an eyebrow has been raised by a government move to set up a hybrid company as part of the controversial National Payment Platform (NPP) to facilitate ‘single button transactions’.

Central Bank Governor Dr. Indrajith Coomaraswamy has written to E. M. S. B. Ekanayake, Secretary to Prime Minister Ranil Wickremesinghe, that there is no need for setting up a separate hybrid company to handle clearing of retail payments. He has said the Central Bank of Sri Lanka (CBSL) owned national payment infrastructure provider, LankaClear (Pvt) Ltd. together with licensed commercial banks, is currently handling the task.

Governor Coomaraswamy has said so in reply to a letter sent by Ekanayake on 12 January 2018.

The CCEM decided to recommend that the hybrid company be formed with the involvement of the Central Bank and the Information and Communication Technology Agency (ICTA). However, highly placed government sources told The Island that there was the danger of the private company gaining access to all banking information if it is allowed to be formed.

They said they suspected a government move to bypass the banking system in clearing retail payments.

In 2015, the then Finance Minister Ravi Karunanayake allocated from the national budget as much as Rs. 25 billion for the National Payment Platform. The project however did not get off the ground.

Text of the Governor Coomraswamy’s letter to Ekanayake:

We write with reference to your letter dated 12 January 2018 on the above. As per the above meeting minutes it is noted the Cabinet Committee on Economic Management (CCEM) after a lengthy discussion “decided to recommended that a separate company to be formed with the involvement of CBSL and Information and Communication Technology Agency (ICTA) having a hybrid ownership which facilities single button transactions”.

The Central Bank of Sri Lanka (CBSL) officials were not present at the CCEM meeting held on January 10, 2018 when this decision was taken. The meeting agenda shared with the CBSL officials did not include this proposal item no. 10/01/2018/14 and the CCEM unit of Hon. Prime Minister informed CBSL that the officials from the CBSL were not required as the NPP matter was not on the agenda. This decision was taken taken without taking the views of CBSL into consideration. Further, a process is underway, facilitated by Mr. Mahesh Amalean (Prime Minister’s Representative) to find the possibility of facilitating the NPP with the existing payment and settlement mechanism already established in the country.

I would also like to emphasize that there exists only one organisation for handling clearing of retail payments in most countries. For example, National Payments Corporation of India (NPCI) is an umbrella organisation for all retail payments in the country. It was set up with the guidance and support of the Reserve Bank of India (RBI) and Indian Banks Association (IBA). NPCI currently caters to a 1.324 billion population in India. Therefore, in this context, it is not advisable to have hybrid company with a population of only 21 million.

In the current context, LankaClear (Pvt.) Ltd. (LCPL) which is owned by CBSL and all Licensed Commercial Banks (LCBs) operating in Sri Lanka, handles retail payment and settlement system in the country. Any new proposed payment platform will need to fulfill the criteria of Principles of Financial Market Infrastructure (PFMI), user confidence, security, ease of use and integration with other systems, etc. Further, failing to adhere to the PFMIs will curtail financial and technical assistance from various donor agencies to Sri Lanka and will have an adverse impact on the stability of financial system, market confidence, investor confidence, credit ratings of the country, etc.

Considering all the above, CBSL is of the opinion that a new hybrid company is not required and any functions regarding retail payment and settlement systems can be carried out by the existing national payment infrastructure provider i.e. LankaClear (Pvt) Ltd.