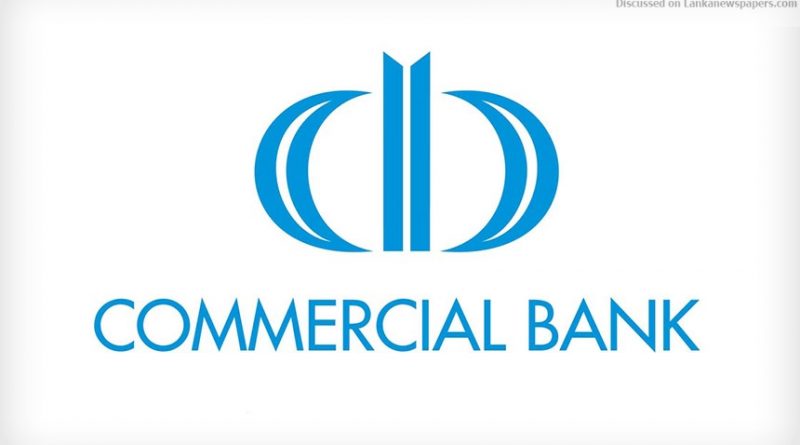 A whopping Rs. 662.95 billion was transacted through digital banking channels alone, by customers of the Commercial Bank of Ceylon in 2017.

This is the highest value the bank has handled digitally in a single year since the launch of its mobile and online banking platforms, which make up its ‘anytime, anywhere’ digital banking offering.

The increase in total digital transactions during the year was 1.85 million transactions.

Commercial Bank’s Online Banking customer base in both the retail and corporate segments grew by 16.44% in 2017 over 2016.

“These figures attest to the degree to which digital banking has become a viable alternative to brick and mortar banking,” Commercial Bank Chief Operating Officer S. Renganathan said. “Our success in digital banking is based on the depth of the effort taken to understand customer requirements and to offer the fastest, most secure and most user-friendly solutions to cater to those needs.”

Commercial Bank was recognised as the ‘Best Digital Bank’ in Sri Lanka, and was also presented the award for the ‘Best Mobile Application’ in Sri Lanka in 2017 by the prestigious London-based ‘World Finance’ magazine for its success in this sphere.

The accolades were based on an evaluation of the bank’s strategy to mould the institution to be a next generation Digital Bank, the percentage of the bank’s Digital Banking customers, the split between its Online Banking and Mobile Banking base, its digital products and services, its plans for future digitisation, its marketing strategy to convert customers to Mobile Banking, and the bank’s key focus areas for the year ahead.

Commercial Bank was also adjudged the ‘Best Digital Bank’ in Sri Lanka in 2017 by ‘Asiamoney,’ considered the most authoritative voice for the banking industry in the Asia Pacific region.

The only Sri Lankan bank to be ranked among the Top 1000 banks of the world for seven years consecutively, Commercial Bank operates a network of 261 branches and 756 ATMs in Sri Lanka. The bank has won more than 30 international and local awards in 2016 and 2017 and has over the years received multiple awards as Sri Lanka’s Best Bank, Best Trade Bank, Strongest Bank and Most Respected Bank from a number of local and international institutions and publications.