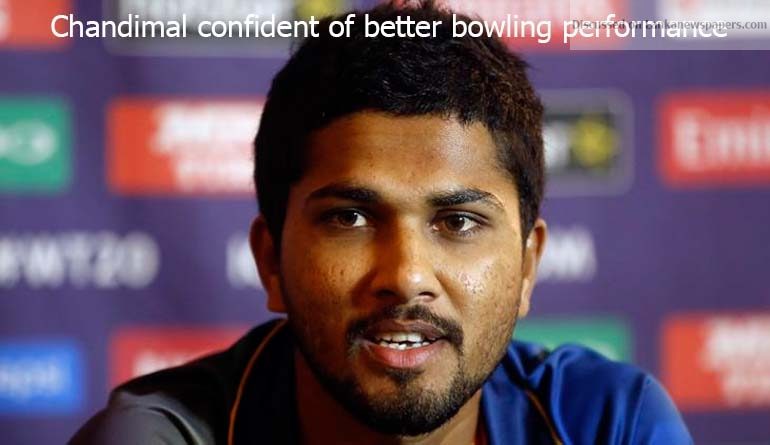 Sandakan, the left-arm wrist spinner troubled the hosts with his ability to turn the ball both ways at Chittagong despite playing in batting-friendly conditions.

Sri Lanka is hoping the wicket will be spin-friendly like it was during the tri-series earlier and even if it isn’t, Chandimal is confident that Sandakan will be able to make his mark.

“It looks like a dry surface. Spinners will come into play in this game. Sandakan is our wicket-taking bowler. If it is a good pitch, Rangana and Dilruwan can do a holding job. Sandakan can’t do that holding job. I will bring him to take wickets, which is his role.
“We know that the Bangladesh batsmen didn’t play him really well,” said Chandimal.

Chandimal said that they are trying to take out the positives from the previous Test match ahead of the series-deciding game to raise their confidence. “After they posted 500, we made 700-plus. It was a plus point for us. It was never easy in any conditions,” said Chandimal.

“It is always good to have such a big score on the board, which is something positive for us,” he added, “They are really good, especially in their home soil. They have performed well here.

“We have more experienced players in our Test side compared to ODI side. It is still challenging to us but we have some game plans according to the conditions and their players. We need to execute that well,” said Chandimal.

Chandimal added that they are looking forward to get some useful tips from their head coach Chandika Hathurusinghe.

Hathurusinghe was Bangladesh’s head coach and guided them to many successes during his tenure that ended prematurely as he decided to quit from his post to join Sri Lanka in the same capacity.

“He [Hathurusinghe] has a good idea especially of the players and conditions here. It is really helpful to us to get the real advice from him,” said Chandimal.
‘We are looking forward to get his knowledge,” he said adding that they have already chalked out a plan for Mominul, who scored centuries in both innings to keep the Lankans at bay in the first Test.

Sri Lanka declared after posting 713-9 in their first innings in reply to 513 put up by the hosts and looked to have gained substantial momentum in the last hour of the fourth day.

However, Mominul fought back along with Liton Das to resist the visitors from making any attempt at hosting a victory celebration as he made 107 following his century in the first innings. “He played outstandingly in Chittagong. He has been good in Test cricket. He has a good temperament. It is not an easy thing to score two centuries in both innings. It is always special,” said Chandimal before adding, “‘We have something up our sleeve against him in this game. I hope the bowlers execute it in the middle.”