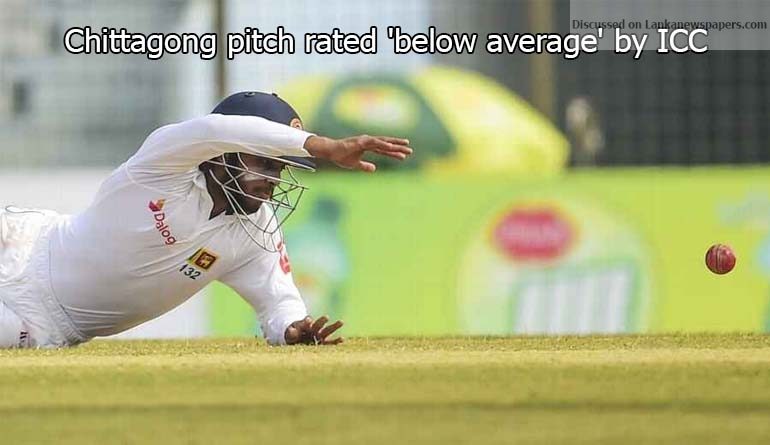 The Zahur Ahmed Chowdhury Stadium pitch has been rated “below average” by the ICC for its performance in the first Test between Bangladesh and Sri Lanka. As a result, the Chittagong ground has received one demerit point which will remain on its record for a five-year period.

According to the ICC, if the venue reaches a total of five demerit points during the five-year period, it will be suspended from hosting any international cricket for 12 months.

In his remarks, match referee David Boon, who gave the rating, said: “The pitch provided no seam movement to the fast bowlers with the new ball and also lacked carry and bounce throughout the match. The pitch did offer occasional slow turn for the spinners early on, but it did not deteriorate as much as would have been expected as the match progressed, resulting in a pitch that too heavily favoured the batsmen across the five days.”

After the match, Sri Lanka batsman Dimuth Karunaratne and Bangladesh captain Mahmudullah held differing views. Karunaratne said that the track wasn’t good for Test cricket as it had nothing for bowlers but Mahmudullah said that it was a good pitch that gave runs to both sets of batsmen.

The match produced the second-highest match aggregate – 1533 runs – in Bangladesh, and the lowest wicket count – 24 – in matches that had more than 2000 balls delivered.

Last September, the Shere Bangla National Stadium outfield received a “poor” rating from the ICC for the Bangladesh-Australia Test.