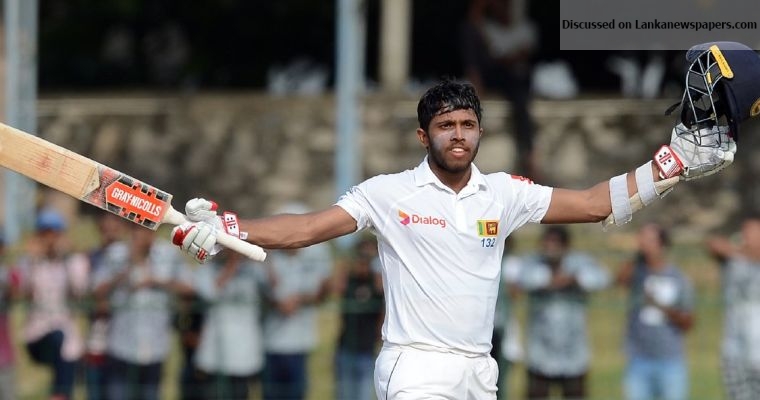 He has responded by scoring 196 on return and batting coach Thilan Samaraweera, said that although he would be disappointed at missing out on a double-century for the second time in his career, the change in batting position would benefit him in the long-term.

Mendis’ career-best score, however, made him the second Sri Lankan after Kumar Sangakkara to get out in the 190s at least twice. He has done it in the space of 11 months and three of his four centuries are over 175 runs.

Samaraweera said that Mendis’ ability against spin gives him the added advantage.

Commenting on the Third Day’s play Samaraweera said, “I think full credit goes to Dhananjaya de Silva and Kusal Mendis after we lost an early wicket, They put on a 300-run partnership. After Bangladesh made 513 runs, we told the team that we should keep batting. Those two players set the tone, especially after losing the in-form man from last year.”

Samaraweera added that Sri Lanka don’t have a set target but would be taking a call on that if they can bat comfortably till the lunch session on the fourth day.