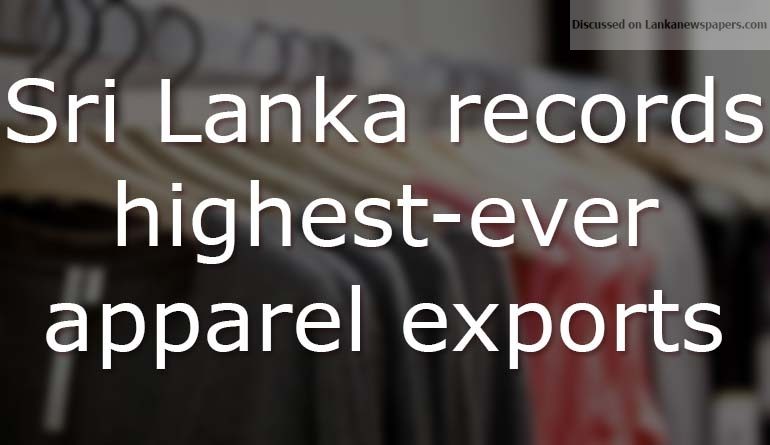 Speaking to Ceylon FT, JAAF General Secretary Tuly Cooray said they had set an ambitious target of US$ 5.2 billion in textile and apparel exports for 2018, and an US$ 8 billion apparel export target in 2020. “We are happy to say that we are gradually gaining the benefits of GSP+; during the last two or three months, it has really boosted our exports,” he said.

The apparel sector is both Sri Lanka’s highest industrial employment generator and its highest foreign exchange earner.
Meanwhile, the Central Bank, in a statement issued on Friday, said Sri Lanka’s export earnings from garments increased for the fifth consecutive month in November 2017, seeing increased demand from the EU, USA, and non-traditional markets such as Australia, Hong Kong and UAE.

According to Central Bank statistics, Sri Lanka’s earnings from textiles and garments during the first eleven months of 2017 increased by 1.6% year-on-year to US$ 4.6 billion.