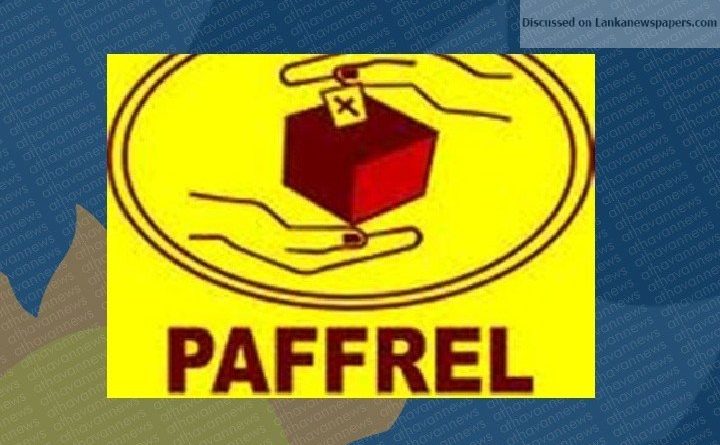 Polls monitor, the People’s Action for Free and Fair Elections (PAFFREL) had, by yesterday (26) morning, recorded a total of 614 complaints during the pre Local Government Election period.

Of the 531 complaints they have received of incidents, all relate to 614 election law and general law violations, 76 are of incidents relating to acts of violence.

A total of 13 hospitalizations have been reported to date in relation to those incidents.

The total number of election related acts of violence include 90 with the majority being 32 cases of acts of intimidation and threats, 20 cases of attacks on political party offices and candidate offices, including arson and destruction, 15 cases of assault and 10 of grievous assault.

Among 464 other violations are 169 cases of illegal propaganda activities, 155 of giving incentives with political objectives, 25 of maintaining illegal party offices, 21 cases of disrupting the campaign activities of opponents, 17 of carrying out election campaign activities in a manner which harasses and inconveniences the general public, 13 cases of State-sponsored livelihood grants and allowances, being manipulated for the purpose of the election, 12 cases of State-officers acting in favour of political parties and being in breach of official duties, 12 cases of intimidating voters, and 10 of conducting unlawful meetings and processions.