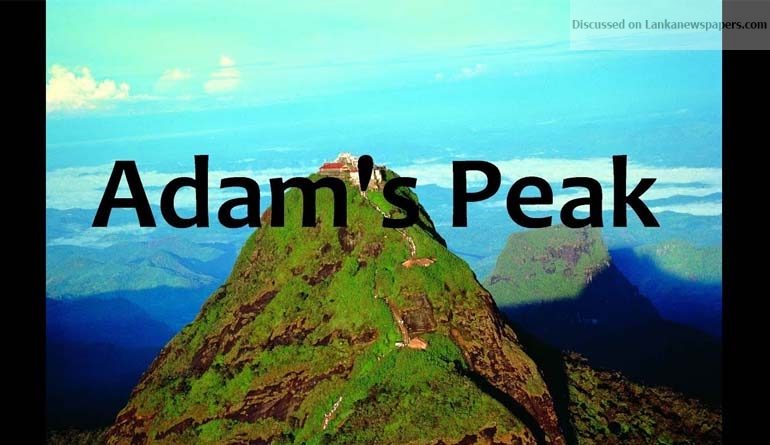 The Department of Archaeology says that the supposed set of footprints found close to Adam’s Peak, have no archaeological value.

Director General (DG) of Archaeology, Professor P. B. Mandawala noted that the initial investigation into the discovery, conducted by the Department’s Central Province office, had revealed that certain engravings of the supposed footprints have been carved into the rock recently.

According to the inquiry, he opined, the footprint-like engraving on the rock is a naturally occurring phenomena, whereas the supposed ‘toe’ engravings have been seemingly cut into the stone recently.

He explained that there are similar markings in the immediate surroundings of the region. However, he highlighted that there are no archaeological remains in the area that would give the rock etches any value.

The ‘footprints’ were found earlier this month by several estate workers from the New Fogmore Group in Guardmore, Maskeliya. Although it was reported that the discovery was made near the venerated Adam’s Peak, Assistant DG of Archaeology, L.M. Gunatilake Banda, who……carried out the initial survey, noted that the Peak is only visible from a certain distance. However, with the lack of any other archaeological remains in the area and the revelation that it has been recently carved into the rock, it has now raised questions regarding the true nature of the discovery.

The discovery of the ‘footprints’ had attracted curious crowds who thronged to catch a glimpse of the imprints. Some estate workers, demarcating the location and the imprints, have now covered it with a canopy and have reportedly started to pay homage to them. Prof. Mandawala noted that the survey report will be referred to a group of eminent archaeologists, in order to determine the future course of action. He noted that, depending on the response, several site visits will be in line for further investigation.