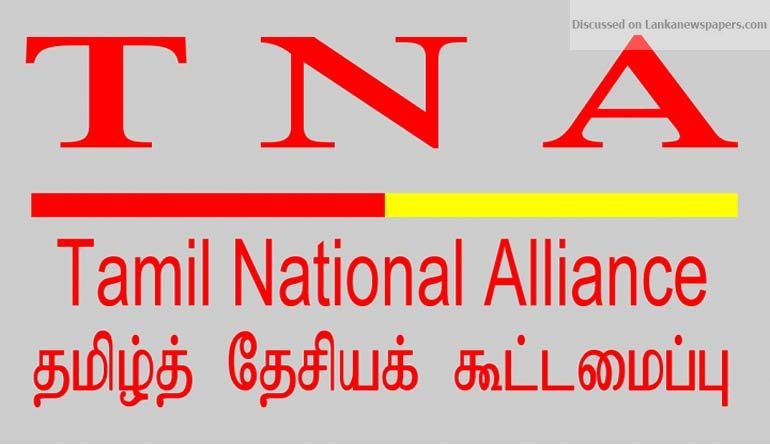 Opposition and Tamil National Alliance (TNA) Leader R. Sampanthan yesterday insisted that the proposed new Constitution be enacted before the end of the year. The announcement was made following talks with visiting Singaporean PM Lee Hsien Loong in Colombo.

Sampanthan, on Tuesday (Jan. 22), told Colombo-based EU official Paul Godfrey that the TNA wanted the government to submit a draft Constitution to parliament immediately after the conclusion of the Feb. 10 local government polls. He reiterated that the proposed Constitution should be placed before the people at a referendum.

Former External Affairs Minister Prof. G.L. Peiris told The Island that undue pressure was being brought to bear on Sri Lanka. The former law professor pointed out that the outgoing Geneva-based human rights commissioner Zeid bin Ra’ad Zeid al-Hussein, too, had called for a new Constitution in June 2016.

Chairman of the Sri Lanka Podujana Peramuna (SLPP) Prof. Peiris said the TNA was exploiting the situation ahead of the local government polls. Feb 10 poll was nothing but a referendum on the Sirisena-Wickremesinghe administration, he added.

A TNA statement quoted Sampanthan as having underscored the importance of both President Maithripala Sirisena and Prime Minister Ranil Wickremesinghe working together to bring the process to a successful end. Sampanthan has told PM Loong that President Sirisena and PM Wickremesinghe should take tangible measures to reassure the Sinhala community regarding the constitution making process. The statement quoted Sampanthan as having said that the two leaders should educate the Sinhala people on the new Constitution and remove the unnecessary fears being spread among them.

Prof. Peiris said the Opposition Leader had turned a blind eye to the rapid deterioration of UNP-SLFP relations over the treasury bond scams.

Sampanthan has told the Singaporean leader that the powers that had been given to the Provincial Councils were inadequate.

The TNA leader has told the Singaporean delegation that the Tamil people in the North and the East wanted a solution within a ‘united undivided and indivisible’ Sri Lanka, and the new Constitution should address their long-standing aspirations.

The TNA quoted Sampanthan as having said “we will not accept a deceptive solution, we want genuine power-sharing arrangements where people will be able to exercise powers with regard to matters that are related to them in daily life. The new Constitution must be enacted this year, Sampanthan has insisted adding that “this issue cannot remain unresolved.”

The TNA leader has said: “unfortunately as a country we have gone on wrong path, but now it’s time for us to put things in order”.

Sampanthan has appealed to Premier Loong to encourage Singaporean investors to invest in Sri Lanka, particularly in the North and East. He added that “the young people in the North and the East are hardworking and dedicated, but unfortunately due to the war they have been deprived of jobs and opportunities to develop their skills. Singapore and its people must help our people to develop their skills and knowledge and also bring in investment that will create more jobs”. He has also highlighted the enormous potential that is available in the North and the East, making a special reference to Trincomalee.

Sampanthan has said Singapore must consider investing in Trincomalee as it has got a natural harbour and other resources. “These investments will be a great strength to the achievement of reconciliation in this country”.

The TNA said that Sampanthan received as assurance from Singapore Prime Minister that he would discuss with Singapore investors regarding Sampanthan’s request for investment in the North and the East and promised that he would pay a visit to Trincomalee on his next visit. The TNA statement quoted Loong as having said that he was thankful to the Tamil people of Sri Lanka for the contribution they had made towards the development of Singapore. “I wish that all your endeavors be successful in the years to come” he added.