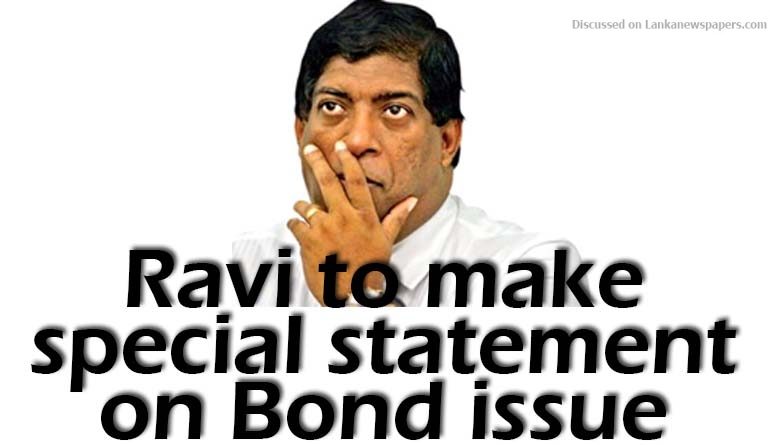 Karunanayake announced this when he addressed a UNP election propaganda meeting held in Kotahena West on January 22.

Addressing the meeting Karunanayake alleged that the contents in the Presidential Commission Report on the Central Bank Bond issue had been distorted.

He said the Prime Minister, Ministers Malik Samarawickrama and Kabir Hashim and himself appeared before the Presidential Commission with good intentions. But the facts contained in the commission report allegedly contradicted the submissions made by them before the commission.

He would divulge this alleged crime during his statement made in Parliament tomorrow.

Karunanayake alleged that there was an insidious conspiracy to inconvenience the UNP government by making use of the Central Bank Bond issue.

He alleged that certain vociferous SLFP members who had crept into the UNP government and obtained Ministerial Portfolios were earlier in the opposite camp working to defeat the common candidate Maithripala Sirisena at the 2015 Presidential Election. “The master robbers who were today in the opposition were now trying to sling mud at those who laboured hard to bring the government into power. Answering several questions posed by the media Karunanayake said it was due to total misunderstanding that some critics claimed that the government had done nothing towards the country’s development,” Karunanayake said.

“The biggest challenge successfully shouldered by the government was servicing the massive debts handed over by the Rajapaksa regime. Had not the government reduced the prices of fuel and several other essential items? Hasn’t it eradicated the white van culture and strengthened democracy and media freedom?, he added.

“The ‘Yahapalanaya’ is not only intended for UNP supporters but to the people of all communities and party hues. If anyone tried to challenge the Yahapalana system they were prepared to protect and safeguard it,” Karunanayake said.