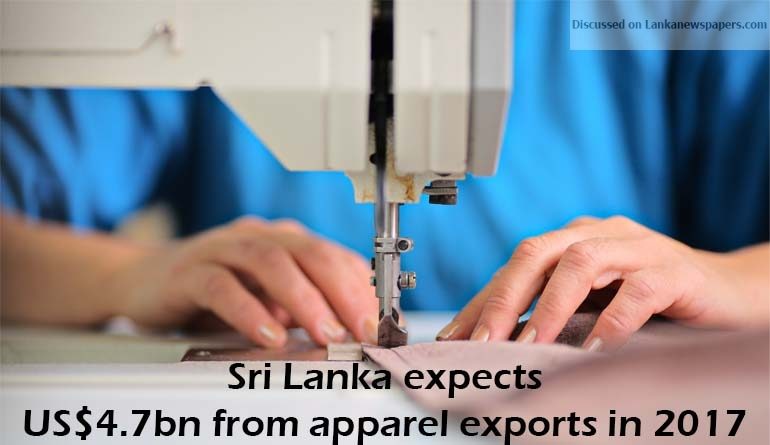 Sri Lanka’s total apparel exports for 2017 are expected to be around US$4.7 billion with earnings to November having exceeded that of 2016, Minister of Industry and Commerce Rishad Bathiudeen said.

“The latest apparel export total from January to November last year is now reported by Sri Lanka Apparel Exporters Association at a strong $4.366 billion,” he said.

The November 2017 monthly apparel exports of $406 million was an 11% increase from the previous year, Bathiudeen said at the launch of Apparel Industry Suppliers Exhibition (AISEX) 2018 in Colombo on 16 January.

Textile and apparel account for almost half of the island’s total annual exports of all products, Bathiudeen said according to a ministry statement.

“Our largest apparel export market is the US at around 42% followed by the EU at around 38%.”

Apparel exports to the EU were at $1.84 billion in the same period, up from $1.80 billion the previous year.

First held in 1998, AISEX has become a major industry event in Colombo for apparel export manufacturers and industry suppliers of Sri Lanka and abroad, the ministry said.
(COLOMBO, January 17, 2018)