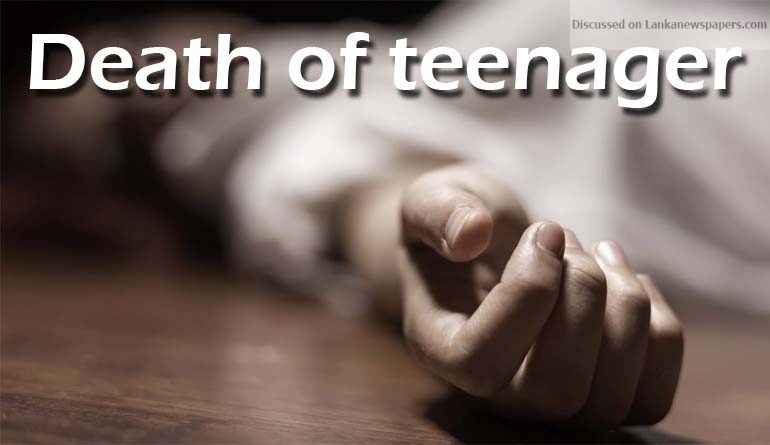 The Human Rights Commission of Sri Lanka (HRCSL) proposes to establish an independent body to investigate cases of deaths in custody including killings, immediately following such incidents before the cases reach the HRCSL.

The proposal comes in the wake of the death of a teenage suspect in Police custody, which reportedly took place on Thursday, 11 January at the Pettah Police Station and the Inspector General of Police (IGP) has transferred the Officer-In-Charge (OIC) of the Station, out of the Western Province.

Approval of the Election Commission and the National Police Commission had been obtained prior to the transfer. Police Media Spokesman, Superintendent of Police and Attorney-at-Law, Ruwan Gunasekera said, the IGP had also directed a Deputy Inspector General of Police attached to Police Headquarters, to investigate the incident of the alleged suicide of the teenage suspect nabbed for cannabis possession, inside a Police cell at the Pettah Police Station.

HRCSL Chief Dr. Deepika Udagama said such an independent body should be composed of an ombudsman or some such person and should most importantly not come under the Police Department or at the very least not involve Police officers on……active duty, owing to the perception that the Police are investigating itself in such cases. Public perception of objectivity in such matters is of paramount importance, she added.

The HRCSL on 11 January itself commenced an investigation into the incident, even prior to receiving a complaint in this regard.

The Commission has since recorded statements from the relevant Police officers and the deceased’s cellmates, and is presently awaiting the Judicial Medical Officer’s report. It is too early at this juncture to state as to whether the said death resulted from an assault or was suicide.

Four such cases had been recorded for the year 2017 and Dr. Udagama noted that subsequent to a case in Pussellawa, the Commission had recommended that closed circuit television cameras (CCTV) be installed in Police cells and for such to be visible at all times to the on duty OIC.

The Commission during its inquiry at the Pettah Police Station found that no CCTV cameras were found at the said station but acknowledged that the station was housed in an old building.

“If a person is in State custody, it is the custodian who is responsible for the welfare, security and protection of the individual. Media and civil society too have a role to play in this regard.

Decades long issues pertaining to the juvenile justice system really need to be improved on. Child Friendly Courts are required and children must be dealt with, according to their maturity and evolving capacity.

There also needs to be a focus on the economic, social and cultural rights. On the other hand, even though there are efforts to compensate those affected by the Uma Oya project, we must be ashamed for allowing such to happen. And, elsewhere people in the North and the East continue to struggle and there are resettlement related issues too,” she explained.