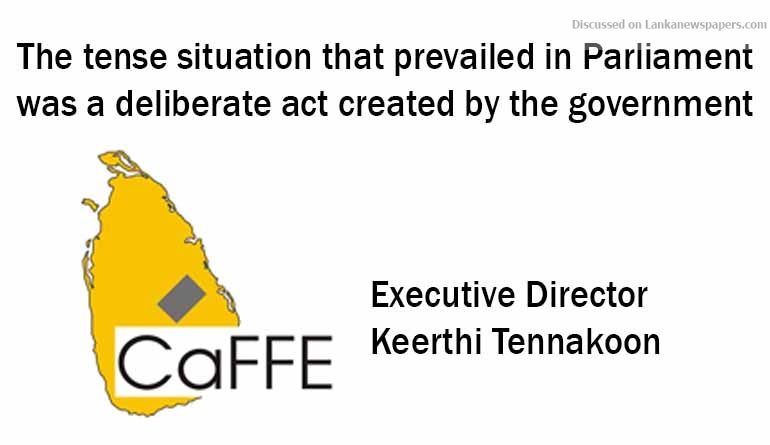 The tense situation that prevailed in Parliament was a deliberate act created by the government to sabotage the parliamentary session on the bond report debate, Campaign for Free and Fair Elections (CaFFE) Executive Director Keerthi Tennakoon said.

He said the government was aware of the main culprit who should be held responsible for the bond scam, the government headed by Prime Minister Ranil Wickremesinghe wanted to create chaos in parliament and divert the attention of the MPs.

“This is for the first time in the history of parliament that such a situation was created with the intervention of a Prime Minister. We ask why the Premier was shouting ‘Mahinda hora’, when Mahinda Rajapaksa has no connection with the bond scam that took place in 2015. Thus, it is apparent that the government had intended diverting the attention of the MPs from debating the bond report,” Mr. Tennakoon said.

He said the government could not continue to get away from the issue and would have to face reality.