Sri Lanka’s waste management issues came to a head in April this year when the Meethotamulla Garbage dump collapsed. The incident not only took a large number of lives but resulted in the piling up of garbage along the streets in Colombo and its suburbs, with the government facing staunch opposition from residents in areas where garbage dumping sites existed following the collapse. 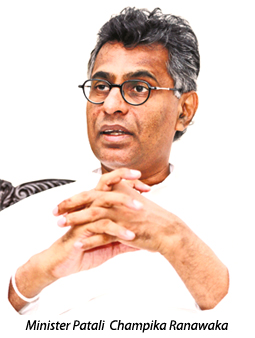 Understanding that disposing of garbage at dumping sites is no longer tenable, the solution as the government saw it was to construct a solid waste sanitary landfill in a chosen area. Reviving a previous project to create a landfill site in Aruwakkalu, Puttalam the Ministry of Megapolis and Western Development in the past months have been working towards implementing the project in a bid to provide a long-term solution to Colombo’s issues on waste disposal. According to the Minister of Megapolis and Western Development Patali Champika Ranawaka, the project constructing the landfill site is now set to commence by December 2017.

The project will see the transfer by train of solid waste in sealed containers from the still to be established transfer station in Kelaniya to an engineering sanitary landfill site to be built in Aruwakkalu in the Puttalam District.

However, according to the Minister, several failed attempts were made in the past to implement such a landfill site. “In 1997, the government attempted to establish a landfill in Meepe with World Bank funding, but the project was stalled due to public protests and opposition,” the Minister pointed out.

In 2007, the government made a second attempt through the Ministry of Environment. “Many steps were taken to initiate the landfill project but this too was stalled as the suggested area was gazetted as part of the Urban Development Area,” he said. While implementing a landfill site in the Aruwakkalu area was a decision first taken by the previous government in August 2014, according to the Minister an allocation of Rs 14 B was made for the project. 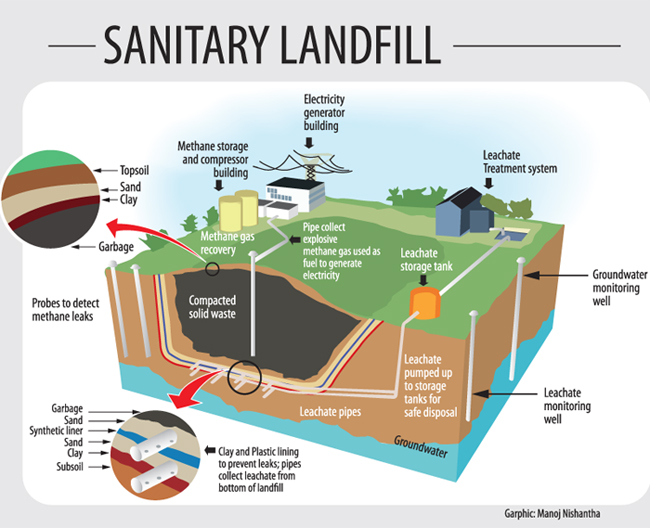 “The Environment Impact Assessment was done in July 2015 after the present government came into power” the Minister pointed out, adding that however, the proposal faced numerous opposition from the Department of Wildlife and the public alike, due to the locality of the chosen site. The point of contention was the site called, Gangewadiya being within the 1 mile buffer zone of the Wilpattu National Park.

With the Department of Wildlife refusing to grant permission for the project due to this issue the Minister says, they were informed to choose a different site for the sanitary landfill due to environmental concerns. Following a site visit in early 2016 Minister Ranawaka said, it was then that Aruwakkalu was chosen as the next possible site for the project.

Taking the form of a new project at a new site in April this year, however, it has also had to face several other challenges. According to the Minister while Meethotamulla was to be the main garbage transfer station it was later found to be unsuitable. “Therefore, a new transfer station had to be identified” he said adding that a site in Kelaniya was later chosen. But the Metro Colombo Solid Waste Management Project continues to draw a lot of flak prior to its implementation. As a result, the Ministry has had to conduct many awareness programs among the public due to the resistance faced in the Puttalam and Kelaniya areas. 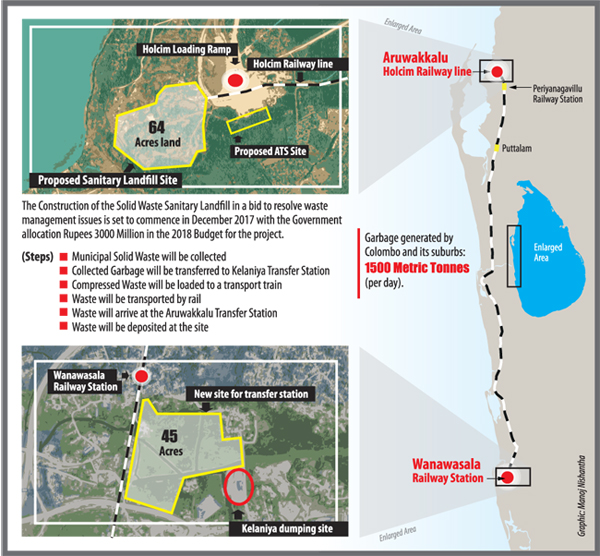 “We met the cardinal, religious leaders from the areas and the public to create awareness and also allow them to clarify any doubts they may have,” Ranawaka said. According to him, over 12 such campaigns were conducted by the Ministry up to date.

The Minister said that he had had to face a number of false allegations as well. “They said, the EIA for the new project was not completed” he said, adding that all procedures were adhered to with the EIA and calling for tenders were done simultaneously in July this year. While these steps had been taken to expedite the project, public opinion was sought for the EIA, the Minister explained.

Last resort
With seven International companies submitting tenders, Minister Ranawaka said, one company has now been chosen, following the tender process. “The rejected companies have appealed to the Procurement Appeals Board and the decision is pending” the Minister pointed out.

Meanwhile, the decision of the Ministry of Environment continues to be pending as well. “Once these decisions are announced, work will commence” the Minister said adding that he believes it is possible to commence the construction of the landfill site at the beginning of December and complete it in 10 months. 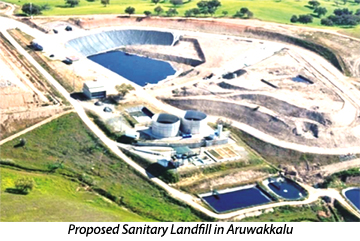 However, the Minister said, he has requested the support of the public and all parties involved to implement the project as there is a dire need for a waste landfill in the country. “If this project is stalled the country would face the worst waste management issue in the coming year” he said, adding that this is the final effort to avoid such a situation.