China emerging as a big player among the global investors in Sri Lanka raises concerns which the island nation should reflect on closely.

As much as Sri Lanka needs to keep ends warm with India, the same approach is needed in its dealings with China, the biggest investor in the island. A huge work force from China is at present on Sri Lankan soil. They are at present working along with Sri Lankans at work sites and only time will tell whether the islanders will adopt the work ethics and commitment shown by the Chinese, when given a task.

The two nations share similarities and its wise to assume that Sri Lanka can benefit greatly through its dealings with the country that’s led by Xi Jinping- a leader who isn’t a dictator and one who values diplomacy and harmony. President Maithripala Sirisena also subscribes to these philosophies when governing a country. Both presidents know that the people of the two nations are fond of tea and their rice. But more than that President Sirisena is certainly aware of the fact that China has great interest in our ports, given that the nation with the highest population in the world is hell bent on investing on potential naval bases along the Indian Ocean.

When expatriate workers seek employment they also consider other factors like entertainment. We’ve heard so much about expatriates having illegitimate wives and children in the countries they find employment in. We had enough examples of this during the times of the British rule in Sri Lanka.

Some people have raised such concerns already. Two people getting together to copulate or genuinely raise a family is their choice. But there are concerns that a prolonged stay by the Chinese here may give rise to the establishment of a Chinese colony. We shouldn’t forget that the Hambantota Port has been leased out to the Chinese Government for 99 years. That agreement is in black and white and Sri Lanka can’t go back on the word given by them to the Chinese Government.

Now what we can hope for is that the cultural upbringings of the people of these two nations will serve as a yardstick that will help maintain a working relationship between the two work forces representing the two nations.

We all know that the menfolk who go abroad for employment enjoy certain liberties. This is when cultural values and religion play a major role in disciplining an individual. 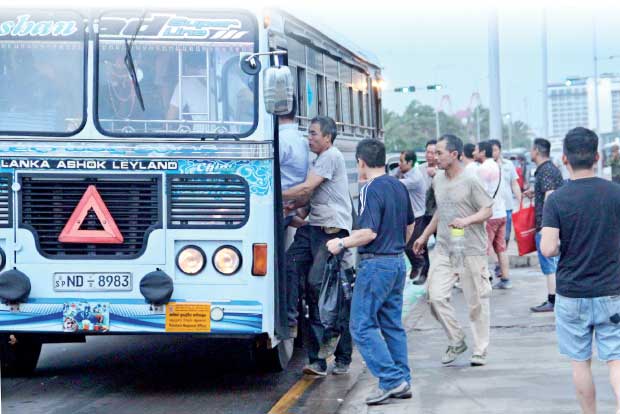 Some believe that the Chinese have no religion. But a peep into their history reveals that like us Sri Lankans they too practise three religions common to both nations: Buddhism, Christianity and Islam. Like the islanders the Chinese too allow astrology and the match-maker to play a huge role in marriage. So it’s quite unlikely that a Chinese, like any Westerner coming here for employment, will raise an illegitimate family with a Sri Lankan female. A Chinese will think twice before getting in to a marriage and consider many aspects when compared to a European put in that position. 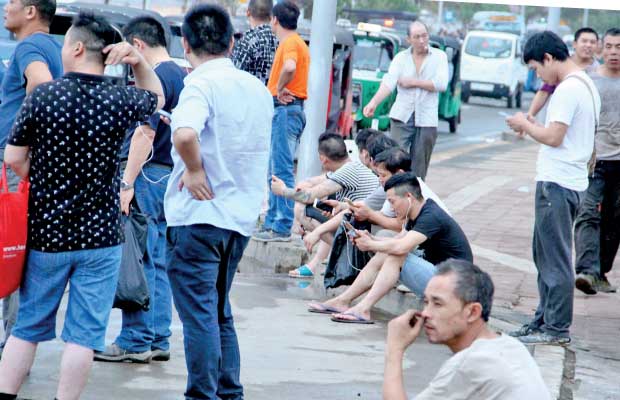 The Chinese made their presence felt in Sri Lanka during the times of the Rajapakse regime. That was the time when the islanders got the taste of driving on expressways, thanks to China’s expertise on road construction. No country shows a liking to another country without reason. The Chinese constructed the Nelum Pokuna as a gift to Sri Lanka. But we have to observe the issues China is faced with like the slow growth in their economy, reaching industrial overcapacity, imbalance in development, the income disparity and the territorial disputes with neighbours in the South and East China seas.
It just goes to highlight the potential Sri Lanka has as a stopover point in the Indian Ocean which is why China got ahead of India in extending a helping hand in developing one of Sri Lanka’s ports. But this doesn’t mean that the Sri Lankan authorities should allow the Chinese work force here to do as they wish and threaten cultures and practices and disturb the peaceful way of living here in the island.

Sri Lanka is handicapped with a weakened economy at present and is desperate to attract foreign investors. The island’s poor economic situation is the result of spending heavily to finish off a three-decade war against separatist Tiger rebels. The Government of Sri Lanka shouldn’t compromise on this hard-earned peace by opening the doors for an expatriate community to build a mini empire here.