Arjun Aloysius‘ lawyer today informed the Commission investigating the Bond Scam, that Aloysius had forgotten his apple I phone and lap top passwords. The Attorney Generals department reacted by saying that Aloysius is lying as he had used his password recently to update the system and download applications. 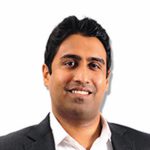 A new counsel representing Aloysius, Anuja Premarathne PC sought the commissions permission to take the SIM card in order to get another sim with the same number. However, the Attorney Generals department led by Deputy Solicitor General Yasantha Kodagoda objected. Kodagoda said that they could release all the devices within Two days if Aloysius coorperated and gave the passwords. He further said that if Aloysius doesn’t corporate they would use whatever means to crack the passwords and get to the device.

Earlier Aloysius told the commission that the most crucial device, the phone he used during the bondscam had been destroyed in Singapore.

Giving evidence at the commission today former EPF Chief Ananda Jayalath said that Arjun Mahendran insisted that Saman Kumara be put in the dealing room instead of the risk management unit.

Saman Kumara thereafter bought bonds from Perpetual Treasuries in the secondary market. He was called before the commission and it was revealed that Kumara had a massive asset base and was involved in many shady deals involving the EPF. Kumara was considered to be Mahendran’s closest associate. 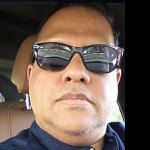 Jayalath said that he was informed of the questionable nature of Kumara’s character and refused to put him to the front office. The day after Kumara was transferred to the EPF, Mahendran had called and threatened Jayalath. Mahendran had insisted that Kumara be put in charge of the dealing room. Kumara thereafter had a free hand with buying shares.

Jayalath giving testimony further said that it was clear that Mahendran knew of every purchase made by Kumara. Citing examples of how the buying was done and how Mahendran was made aware, Jayalath said that Mahendran and Kumara seemed to work hand in hand.

He further said that it was clear that the purchases of the bond by the EPF was pre planned. Kumara had used his mobile phone during work contrary to instructions and practices. The Attorney Generals department played recordings of conversations during certain deals and a Jayalath said the conversations were clearly on pre planned deals.