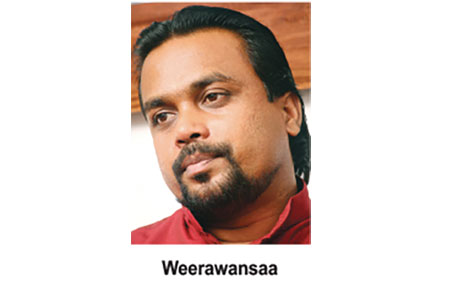 The country would be divided within a short period of time once the pledge, which was given by President Ranil Wickremesinghe to the northern people that the government would fully implement the 13A, was made, National Freedom Front (NFF) leader Wimal Weerawansa said today.

In a letter to the President, he said the President has given the pledge to deceive the northern people targeting the future Presidential election.

He said it would only serve the purpose of the separatist politicians in the north but would not resolve the longstanding issues of the northern people.

Weerawansa said President Wickremesinghe had attempted twice in the past to fully implement the 13A and amalgamate north and east and give federal system of governance.

He said the President was now trying to implement his agreements which he failed to achieve in the past through the All-Party-Conference.

One thought on “LNP – SL will be divided if 13A fully implemented as promised by RW: Wimal”