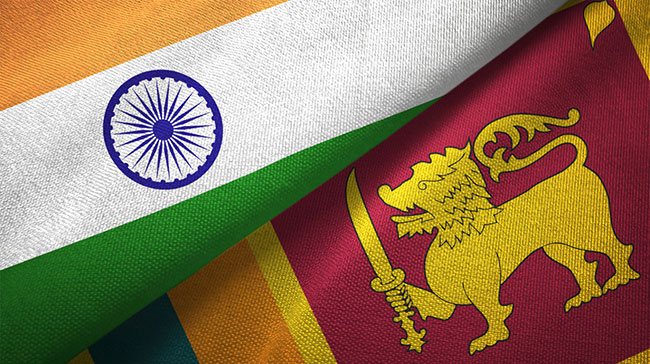 As Sri Lanka gets ready to celebrate its 75th Anniversary of Independence on February 04, 2023, the country seeks to further strengthen its relationships with India, its closest neighbour and partner.

Trade and investment have grown and there is cooperation in the fields of development, education, culture and defence. Both countries share a broad understanding on major issues of international interest. In recent years, the relationship has been marked by close contacts at the highest political level with India stepping in to pump a lifeline to Sri Lanka which is going through the worst economic crisis it has faced since its Independence from the British in 1948.

This year, as Sri Lanka celebrates its 75th Anniversary of its Independence, the country is faced with the difficulties of repaying its foreign loans, generating foreign revenue and even purchasing essentials for its citizens.

Sri Lanka was hit by an unprecedented financial crisis in 2022 that also sparked political turmoil. Ranil Wickremesinghe, the newly elected President is now tasked with stabilising the economy and restoring the financial health of the economy, already hit badly by the pandemic.

President Wickremesinghe said that history has brought India and Sri Lanka together like two sides of the same coin and the two countries must forge ahead together.

The President made this comment during an event to hand over a Dornier 228 Reconnaissance aircraft to Sri Lanka by India in August last year.

Congratulating India on its 75th Anniversary of independence which was celebrated last year, President Wickremesinghe said India is becoming a world power. “It is still on the rise and by the mid-century when we are no longer there, you could see a powerful India playing a dominant role on the global stage,” he said.

The Sri Lankan government in May last year declared a debt default on over USD 51 billion in the foreign loan. Extending a much-needed lifeline to a neighbour in need, India gave financial assistance of nearly USD 4 billion to Colombo last year.

In January 2022, India announced a USD 900 million loan to Sri Lanka to build up its depleted foreign reserves as the financial crisis began to unfold.

Later, it offered a USD 500 million credit line to Sri Lanka to fund the country’s fuel purchases. The credit line was later expanded to USD 700 million due to the sheer gravity of the situation.

India has handed 125 SUVs to the Sri Lanka Police last month under a line of credit as part of its ongoing efforts to support Sri Lanka, and address the serious mobility restriction issues faced by the police, due to non-availability of vehicles.

“Sri Lanka is our closest neighbour. It is our pleasure to extend our goodwill to help you, people,” Jaishankar said.

Sri Lanka and the IMF agreed on a staff-level agreement to release USD 2.9 billion over 4 years.

However, the approval for Sri Lanka’s $2.9 billion bailout from the IMF is likely to go beyond January 2023.

Sri Lanka is meanwhile looking at financial assurances from its major creditors — China, Japan and India — which is the requisite for Colombo to get the bailout package.

India however said that it will continue to be a “steadfast friend” of Sri Lanka and is committed to strengthening the bilateral economic partnership for mutual benefit, as it thanked President Wickremesinghe for holding “successful” talks on debt restructuring.

Meanwhile, the Indian High Commission said India continues to be supportive of Sri Lanka in “all possible ways” for its early economic recovery and growth.

“We would like to emphasise that India has extended unprecedented bilateral assistance amounting close to $4 billion in 2022 for ameliorating the difficulties faced by the people of Sri Lanka. India has also advocated to other bilateral and multilateral partners supporting Sri Lanka expeditiously in its current economic difficulties,” the Indian High Commission said in September.

Meanwhile, Sri Lankan High Commissioner to India Milinda Moragoda in early December met with Indian Finance Minister Nirmala Sitharaman and thanked her for the emergency assistance India has provided to Sri Lanka throughout its difficult period.

The High Commissioner emphasized that India could play a significant role in Sri Lanka’s economic revival through multifaceted economic integration between the two countries by enhancing investments, tourism, and trade.

President Wickremesinghe on Saturday, January 7 said that India’s response to Sri Lanka‘s request for debt restructuring is expected by the end of this month.

He earlier said that India and Sri Lanka held “successful” talks on debt restructuring and the country will also begin discussions with China.

With Sri Lanka’s 75th Anniversary of Independence just around the corner, India could respond positively to Sri Lanka’s request on debt restructuring and possibly extend more assistance until the IMF bailout is released.

India has already said that it will consider giving more assistance to Sri Lanka following talks with the IMF.

“When they have a plan, they have an agreement on how to go forward, then we will see what the supportive role that we can play is,” Foreign Minister S. Jaishankar said.