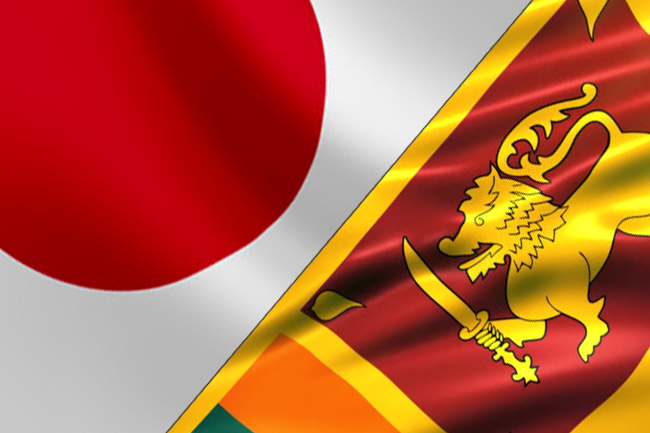 Japan’s willingness was conveyed by its Foreign Minister Yoshimasa Hayashi when he met the visiting Sri Lankan President Ranil Wickremesinghe in Tokyo on the sidelines of the State funeral of Japan’s former Premier Shinzo Abe. A statement from the President’s Media Office said during the meeting, Foreign Minister Hayashi welcomed Sri Lanka’s progress with the IMF and expressed his country’s willingness to take a leading role in Sri Lanka’s creditor talks.

President Wickremesinghe expressed regret over the breakdown of relations between Japan and Sri Lanka following the cancellation of several investment projects by the former Government. The President stressed that he was keen to restart those projects. The President also indicated that the Government was interested in Japan investing in Sri Lanka’s renewable energy projects.

Hiyashi explained that Japan had increased its commitment to renewable energy and would be willing to explore future investment opportunities in Sri Lanka.

He also explained that Japan would begin the skilled worker examinations in January 2023 for Sri Lankan migrant workers.

The President appreciated the support extended by Japan on the international stage and expressed the Government’s willingness to support both Japan’s and India’s campaign to become permanent members of the United Nations Security Council. The Foreign Minister welcomed the news, stressing that Asia required greater representation on the world stage.

Separately, the Japanese Embassy in a statement said Minister Hayashi expressed Japan’s willingness to cooperate for the development of Sri Lanka in order to implement Japan’s vision of a “Free and Open Indo-Pacific” (FOIP) and referred to Japan’s humanitarian assistance of $ 3 million and additional $ 3.5 million which are currently underway for Sri Lanka, a long-standing friend of Japan.

Minister Hayashi highlighted the importance of implementing development finance in a transparent and fair manner, which is consistent with the international rules and standards.