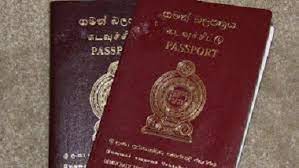 A circular has been published granting five-year no-pay leave for public officers to be spent in or out of the country, without affecting their seniority and pension.

The communiqué was issued by the Secretary to the Ministry of Public Administration, Home Affairs and Provincial Councils.

On June 13, the Cabinet of Ministers granted approval amend existing provisions to allow government employees to take no-pay leave for employment or other productive work abroad or to work in the private sector in the country.

Later on June 23, a seven-member committee was appointed to look into the matter and the said panel was tasked with submitting its report to the Cabinet of Ministers along with its recommendations.

On Monday (Sep 05), the Cabinet of Ministers green-lighted the proposal tabled by the Prime Minister, in his capacity as the Minister of Public Administration, Home Affairs and Provincial Councils, to implement the recommendations of the committee.