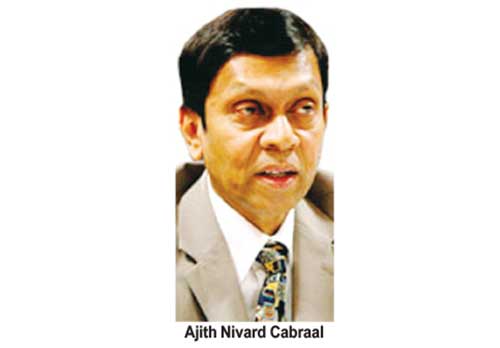 Sri Lanka is confident of being able to “seamlessly” repay all of its sovereign debt that comes due in 2022, Central Bank Governor Ajith Nivard Cabraal said on Wednesday, while exploring new instruments to make its debt profile more sustainable.

“The repayments (for 2022) will go through seamlessly, we are confident we’ll be making those payments on time. There is absolutely no worry about that,” Cabraal told Reuters in an interview.

“At the same time we are taking many steps to deal with our debt in a sustainable manner and not just depend on a single instrument, we are developing several new instruments, several new inflows, which will hold us in better stead over the longer term, and that’s the whole plan we have initiated.”

Sri Lanka aims to shore up its shrinking reserves over the next few months from a range of sources including bilateral swaps, government-to-government loans and the securitisation of remittances to bolster investor sentiment and ensure timely debt servicing, he said.

Sri Lanka’s foreign currency reserves dropped to $2.3 billion at the end of October, with both tourism and remittances dented by the coronavirus pandemic. It needs to pay about $4.5 billion to service its sovereign bonds in 2022, according to Finance Ministry data.

Cabraal said the pandemic has pushed Sri Lanka to reassess its debt profile.

“This pandemic exposed the vulnerabilities, which is a good thing, otherwise we may have been lulled into a comfort zone and not searched for alternatives. Now we see so many alternatives that we can pursue that are very good for our economy,” he said.

“In a way, I’m not unhappy that we’ve had to go through some pain, but I am confident going forward we will be a lot more stable as a result.”

Cabraal said he remained confident that growth would rebound in 2022, boosting government finances.

He said it was too early to speculate whether the new Omicron variant of the coronavirus would derail a rebound in tourism.

Cabraal said policy rates were likely to be kept unchanged at the next monetary board meeting in January, despite inflation hitting its highest levels in almost a decade, driven by skyrocketing food prices.

“I don’t really see a reason to adjust that any further in the near term because it looks appropriate,” he said.