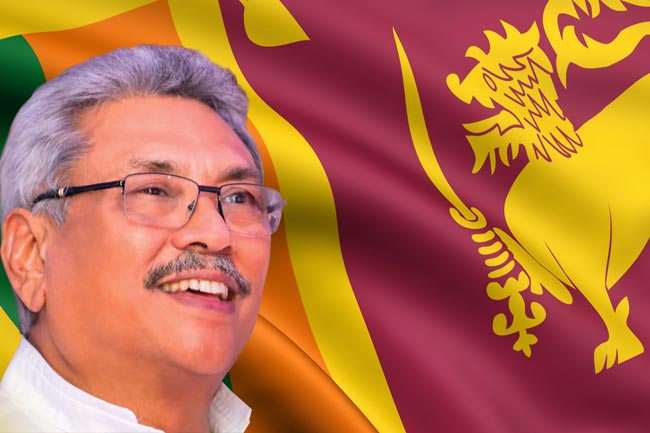 “The National Defence College (NDC) was established as the premier institute that promotes strategic thinking for the senior officers of the tri-service, Police and Public Service to provide holistic knowledge in view of developing highly qualified strategic decision-makers in the realm of national security, statecraft, diplomacy and public policy to ensure national security and national development of Sri Lanka,” the PMD said.

The NDC has been located in the Mumtaz Mahal building, which belongs to the Ministry of Defence, at Galle Road, Colombo 03. The President inaugurated the main building and later inspected the academic facilities. The President then launched the official website of the National Defence College.

Experts from the University of Colombo, General Sir John Kotelawala Defence University, The Australian Defence Training College, specialists representing the USA and Pakistan were the resource persons for the Curriculum Committee.

The Chinese government has contributed to the construction of a fully equipped auditorium and the Pakistani government contributed to building a Library and the Australian Government and the Tri- Forces provided books for the library.

The first course offered by the college will be held full-time for 10 months from tomorrow to August 2022. Twenty-seven officers of the Tri- forces and four police officers have been selected to follow the course.

“The establishment of the National Defence College in Sri Lanka fulfils a long-felt need,” the President said.

“In the past, Sri Lanka had no option but to seek vacancies in foreign educational establishments to obtain strategic education opportunities for senior military officers. Although a few officers benefitted greatly from course placements offered by friendly nations each year, many more were deprived of this opportunity,” the President further said.

“The establishment of this College therefore greatly increases the number of senior military officers who can receive such exposure each year. Senior military officers who follow high-level defence and strategic courses at the NDC will have the opportunity to assume senior command positions in the Armed Forces in the future, including even the position of Commander,” President Rajapaksa added.