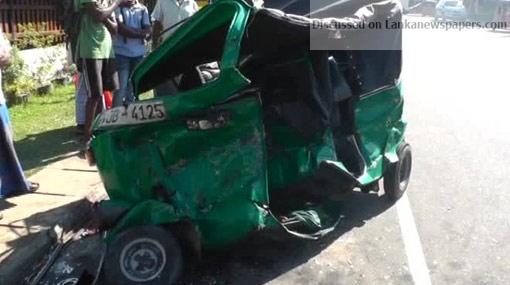 One person died and four others were badly injured when a jeep driven by a 16-year old boy collided with four vehicles at the Mahabage junction in Welisara this morning, the police said.

Police Spokesman SSP Nihal Thalduwa said the jeep was going from Colombo to Negombo veered off the road and rammed into two motorcycles, a three wheeler and a car coming from the opposite direction.

He said the injured in the accident have been admitted to the Ragama Teaching Hospital where a 51-year old was succumbed to his injuries.

The youth was arrested over the accident and his father was also taken into the custody for allowing a minor to drive the vehicle.

Preliminary investigations revealed that the accident occurred as the driver couldn’t control the speed.