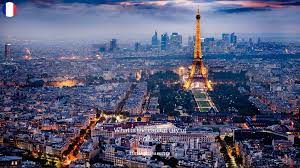 Resuming direct flights between France and Sri Lanka after a lapse of six years, a SriLankan Airlines flights arrived from Paris with 200 passengers this morning (01).

The inaugural flight from Colombo to Paris had left Colombo on 30th October and arrived in Paris on Sunday (31) morning.

Upon Arrival, the Sri Lankan community in Paris together with the Sri Lankan Embassy in France welcomed the Sri Lankan delegation led by the Minister for Tourism and Promotions Prasanna Ranathunga and Chairman SriLankan Airlines Ashok Pathirage.