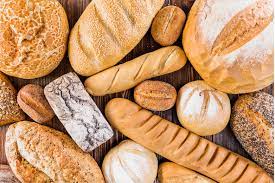 The Bakery Owners’ Association says that the price of a loaf of bread will be increased by Rs. 05.

The association said the price of a 450g loaf of bread will be increased by Rs. 05 with affect from midnight today (11).

Earlier today, the Canteen Owners’ Association had also announced an increase in the price of several food items and beverages, in the wake of price hikes in LP gas, wheat flour and milk powder.

The relevant companies and importers had announced the price revisions following the decision of the government to remove the price controls on the aforementioned items.