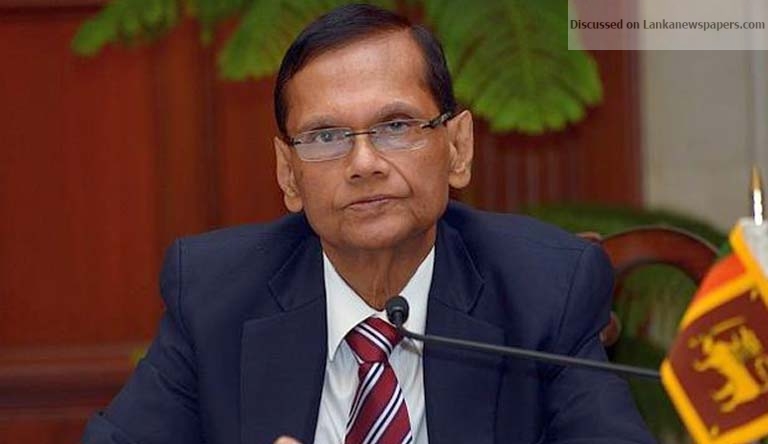 Delivering a special statement in Parliament on Tuesday (October 05), the foreign minister stated the country needs to be open and responsive to constructive criticism and international overtures made in good faith.

However, Sri Lanka does not need to compromise its independence, national sovereignty nor its self-respect as a nation, Peiris stressed.

Sri Lanka’s continued and vigorous efforts to place on record its experience, perceptions and position demonstrates this approach of openness, candour and willingness to engage, he said further. “We reaffirmed our commitment to democratic norms, ideals and commonly shared values from the standpoint of a nation consistently adhering to this system for nine decades; as one of the oldest representative democracies in Asia.”

According to the foreign minister, it is of critical importance to make these efforts with the expectation that real and tangible benefits will accrue to the people of Sri Lanka.

He told the House that the recent high-level engagements in Italy, Geneva and New York by the President, the Prime Minister and himself provided critical platforms for Sri Lanka to express solidarity with the international community on important global issues of common concern to all countries and also to project its own perceptions on the matter.

These engagements have provided an important opportunity to address different aspects of what the United Nations Secretary-General called the “greatest cascade of crises of our times”, after a long gap in physical connection due to the pandemic.

Recalling President Gotabhaya Rajapaksa’s statement at the 76th session of UN General Assembly in New York which noted that Sri Lanka is fully engaged with international partners in order to combat the pandemic and the consequent economic fallout as well as existential crises resulting from climate change, the foreign minister said our engagement is aimed at safeguarding our people from the worst effects of these global challenges.

The foreign minister, who referred to another statement by the President, said the greatest challenge that we face collectively is the economic impact of the pandemic that has been especially severe on developing countries and placed the implementation of the 2030 Agenda for Sustainable Development Goals at considerable risk.

Sri Lanka has taken leadership in critical spheres and is at the helm of some key aspects of environmental activism, he continued. “As a country vulnerable to extremes of climatic change, our forthcoming engagement at the COP26 in the United Kingdom will only underline our commitment to our common, interdependent future.”

Speaking on the representatives of civil society, the foreign minister said they are an integral part of the solutions that the country wishes to devise. They are not a manifestation of the problem but an essential component of the resolution of our problems, he added. “There have been concerns raised about the supposed government initiatives to stifle NGO activities in Sri Lanka. Nothing could be further from the truth. We are actively engaged with the community and are seeking to harness their capabilities and undoubted capacity in support of reconciliation and with regard to SDG16 processes.”

Prof. Peiris, who addressed the issues pertaining to extremism and terrorism said, as a representative government, they are taking all measures in close collaboration with international partners to ensure human security in its widest sense.

“During my exchanges with ministerial colleagues from friendly countries in New York and elsewhere, we have placed a sharp focus on close cooperation, intelligence gathering and sharing and collective action to address issues of funding and interdiction of these criminal networks.”

In conclusion he reassured the people of Sri Lanka that the government will not rest in its efforts to garner the best outcomes for the nation through continued, proactive engagement with the international community.