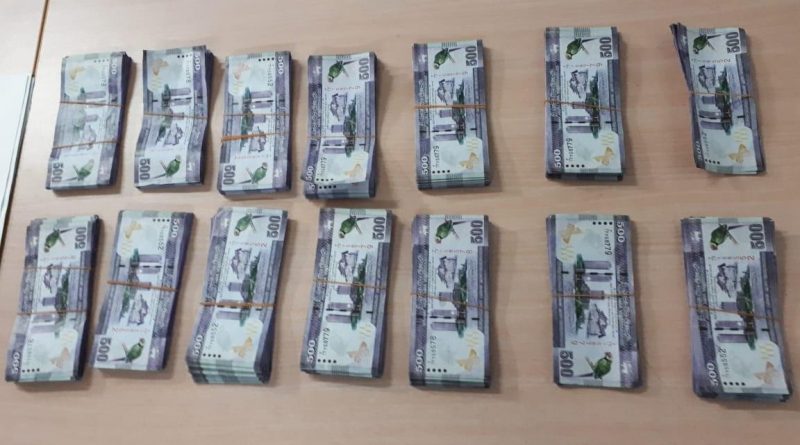 Three persons have been arrested with 602 counterfeit currency notes of Rs. 500 by the Special Task Force of Police (STF) during a raid in Seeduwa.

The STF said they searched two men who arrived on a motorcycle in Ekala and added they were in possession of 60 counterfeit notes of Rs.500.

Following their interrogation, the STF raided a lodge at Liyanagemulla in Seeduwa, where they were staying on rent.

Further questioning of the suspects revealed that Rs. 500 notes had been fraudulently distributed in Seeduwa, Gampaha, Kiridiwela, Wattala and Ja-Ela areas.

The suspects aged 21, 43 and 45 are identified as residents of Gampaha, Wellampitiya and Veyangoda.

The suspects and siezed notes and items were handed over to the Criminal Investigations Department.