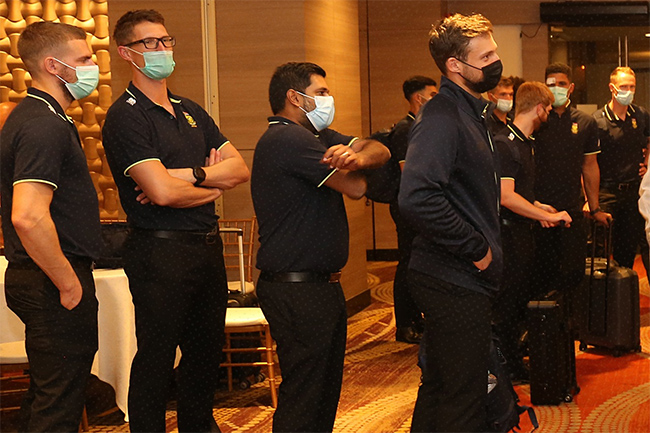 The South African Cricket Team arrived in Colombo on Thursday as they are all set to begin their limited-overs tour of Sri Lanka next week.

The matches give both teams some much-needed practice ahead of the T20 World Cup, with the ODI series also of significance with the ICC Cricket World Cup Super League.

The series kicks off on Thursday, September 2 with the final game to be played on September 14, just days before IPL 2021 Phase 2.

Sri Lankan cricket association announced the arrival of the South African squad in Colombo ahead of their six-match limited-overs series.