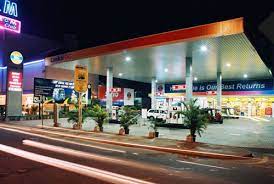 Energy Minister Udaya Gammanpila said today that there was no fuel shortage in the country.

There were long queues reported near filling stations in several areas due to reports that there will be a fuel shortage.

“I have repeatedly stated that if there is a fuel shortage, I would tell the nation before anybody else. I have always been truthful to the people and informed in advance about the price hike. The first to announce about the foreign currency crisis,” he tweeted

One thought on “LNP – No fuel shortage: Minister”