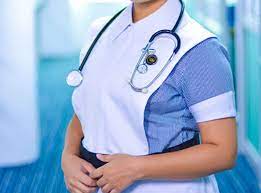 While claiming that the authorities have failed to resolve their issues, Government Nursing Officers’ Association President Saman Rathnapriya yesterday said they would stage a protest campaign outside nearly 100 main Hospitals today between 12 p.m. to 1 p.m.

He told a news conference that if the authorities failed to issue the circulars and Gazette notifications pertaining to the two Cabinet papers approved by the Cabinet on July 5, they would resort to a trade union action after this week.

Mr. Rathnapriya said even though the two Cabinet Papers on the staff status and promotions were approved by the Cabinet on July 5, Public Administrations Ministry and Public Services Commission had failed to issue the relevant circulars and Gazette notifications so far.

“They have failed to issue the relevant circulars and Gazette notifications even after 25 days. We will stage protest campaigns outside 100 hospitals from 12 p.m. to 1 p.m. today without disrupting hospital services. We will resort to an island-wide trade union action after this week, if there was no positive response,” he said.