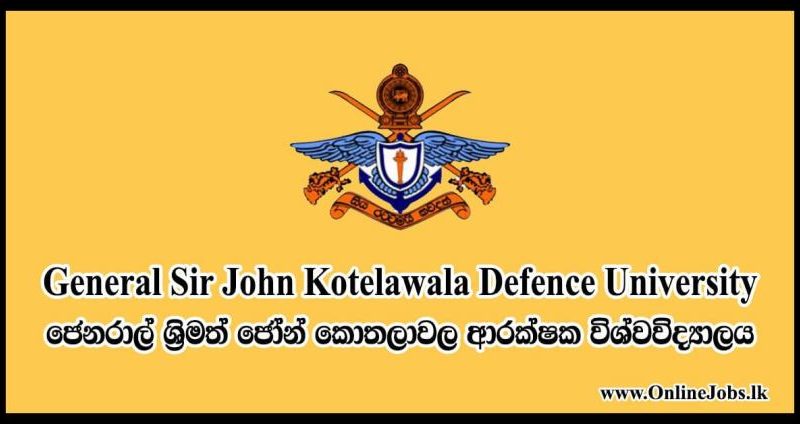 Accordingly, the Bill will be presented in the House on 8th July, the media unit of the parliament said in a statement.

Addressing the meeting, the Defence Secretary said that the university, which was initially intended to provide higher education to members of the security forces, was expanded to provide education to civilian children as instructed by President Gotabaya Rajapaksa during his tenure as the Secretary of Defence.

He added that the university, which is currently producing a disciplined generation of students suitable for the job market, is highly regarded and in high demand in the society including parents and students with the completion of courses within a specified period being one main reason for this.

The Defence Secretary further stated that all these courses are organized with the highest quality and that the university will continue to work towards the realization of the President’s policy of providing university education to all students who pass their Advanced Level Examination.

“The Act on this university was initiated in the year 2009. This Bill has a history of 12 years. It was to be presented to Parliament in 2018 post having it prepared under the involvement of many scholars having it referred to the legal draftsman and to the Attorney General after conducting number of studies on it. Although the then Minister of Defence Maithripala Sirisena tried to do so, due to various reasons it was not possible at that time,” Major General (Rtd.) Kamal Gunaratne further added.

Vice Chancellor of the General Sir John Kotelawala National Defence University, Major General Milinda Peiris, addressing the committee, stated that the Universities Act, which was established by an Act of Parliament in 1981 has been amended on several occasions but the university has not been given the required structure.

The vice chancellor said that the university, which currently has 11 faculties, was once ranked 4th among military universities. Therefore, he pointed out to the Committee that this Act is important to further develop the activities of this University and to elevate it to a higher level.

Speaking at the committee meeting, the parliamentarians present said that the country is losing a lot of money as many talented children who do not have access to university education are tempted to study at universities in other countries. Hence, it is very important to have the opportunity to study more quality courses at a lower cost through this university, they noted.