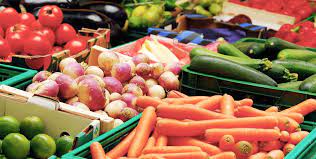 A decision has been taken to reopen the Dambulla Dedicated Economic Centre for trading from tomorrow (05), under strict health guidelines.

Ada Derana reported said that the economic centre would be opened for trading from 5.00 a.m. tomorrow.

Major General Nishantha Manage, the Matale District Coordinating Officer for Covid-19 control, stated that permission would be granted to temporarily open the economic centre from 5.00 a.m. to 5.00 p.m. tomorrow (05), under strict health conditions.

The Dambulla Dedicated Economic Centre was temporarily closed on April 25 to minimize the risk of COVID-19 spreading.

This was after a total of 42 positive cases of COVID-19 had been identified from the economic centre following the conducting of random PCR testing.

However, on April 26 it was announced that the premises of the Dambulla Dedicated Economic Centre has been isolated for a period of two weeks.

The closure of the economic centre had caused immense hardships to vegetable farmers who were unable to sell their harvest.

Maj. Gen. Manage stated that the economic centre would have to be opened in order to sell the vegetables of the farmers from the Matale District in the first few days.