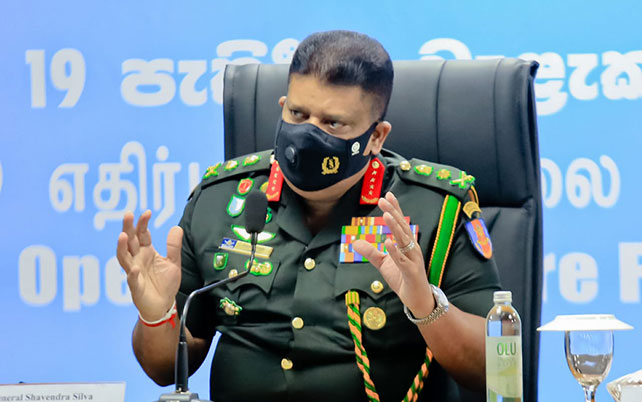 Army Commander General Shavendra Silva says that public gatherings such as parties and weddings which have been prohibited due to the current Covid-19 situation cannot be organized at homes or any other locations as this is also prohibited under the quarantine regulations.

He stated that it has been reported that events such as parties and weddings which were planned to be held in hotels are being prepared to be held at other places and venues.

He said that they have received information that events such as parties, functions and weddings, which have been temporarily prohibited from tomorrow (03) due to the spike in Covid-19 cases, have now been moved to residences in some areas.

He requested the people to refrain from organizing any such gatherings or functions at homes as there is a high risk of coronavirus spreading through such activities.

Meanwhile police spokesman DIG Ajith Rohana says that the law will be strictly implemented against anyone who organizes parties or celebrations.

One thought on “LNP – Army Chief warns against organizing weddings, parties to homes”