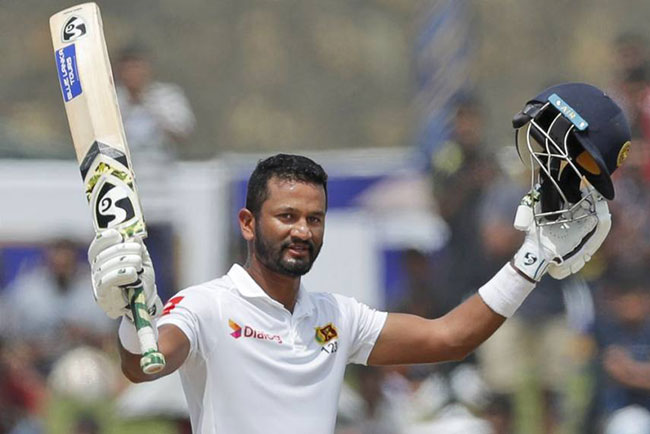 Dimuth Karunaratne continued his good vein of form with the bat as the Sri Lankan captain picked up his 12th Test hundred in the second and final Test against Bangladesh at the Pallekele International Cricket Stadium in Kandy on Thursday.

Provided a lifeline when he was dropped on 28 off Taskin Ahmed delivery by Najmul Hossain Shanto, Karunaratne did not give the Bangladesh bowling any sniff after lunch.

Nor did his opening partner Thirimanne at the other end, who was unbeaten on 80 off 174 deliveries.

Karunaratne meanwhile is on 106 off 175 deliveries, his innings laced with 13 fours.

The duo went through to tea, adding 122 runs in 31 overs in the second session as the Tigers remained wicketless.

Bangladesh made one change to their playing XI from the first Test as left-arm seamer Shariful Islam made his debut replacing right-arm pacer Ebadat Hossain.