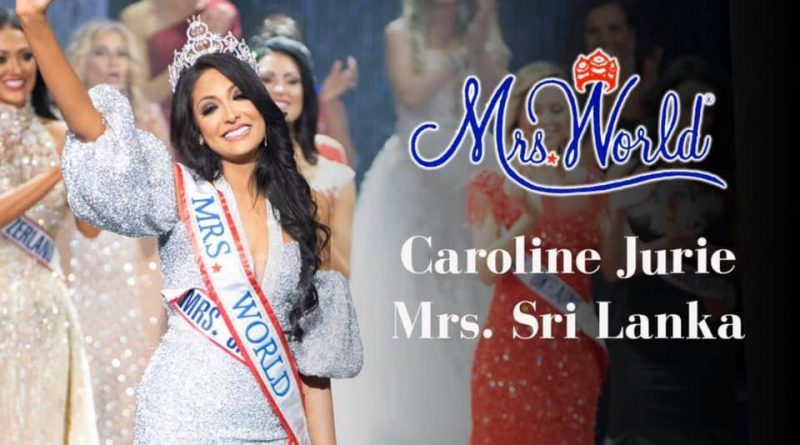 In a statement, Mrs. World Inc. Organization said Caroline’s voluntary resignation decision was made solely by Caroline herself.

“We wish Mrs. Jurie and her family, all the best in their future endeavors,” Mrs. World Inc. Organization said.

Jurie had earlier this month said she was ready to hand over her crown after she slammed the Mrs. Sri Lanka pageant claiming it was tainted in heavy politicization.

She has also refused to issue an apology to Pushpika De Silva after she uncrowned her on stage of the Mrs. Sri Lanka pageant held earlier this month, claiming Pushpika was a divorcee.