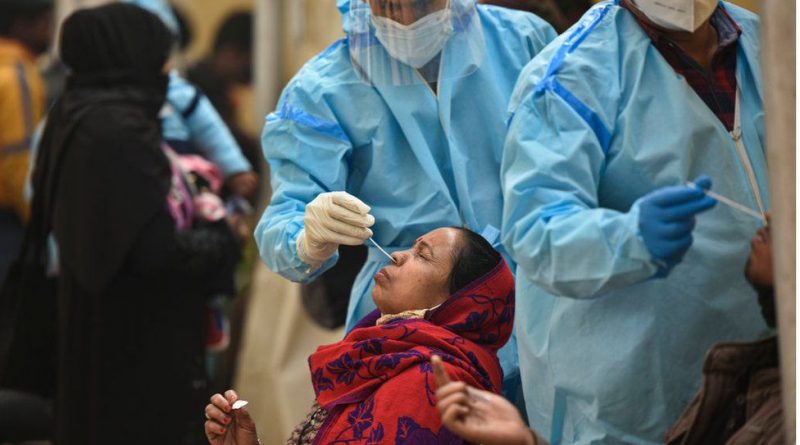 The 168,912 cases added in the last 24 hours pushed India’s total to 13.5 million, while Brazil has 13.4 million, according to data compiled by Johns Hopkins University.

India also reported 904 deaths in the past 24 hours, taking its total to 170,179, which is the fourth highest toll, behind the United States, Brazil and Mexico.

India is experiencing its worst surge of the pandemic, with a seven-day rolling average of more than 130,000 cases per day. Hospitals across the country are becoming overwhelmed with patients, and experts worry the worst is yet to come.

The latest surge also coincides with the shortage of vaccines in some Indian states, including western Maharashtra state, home to financial capital Mumbai, which is the worst hit state and has recorded nearly half of the country’s new infections in the past two weeks.

In other developments in the Asia-Pacific region:

Ardern had previously set April as a deadline for vaccinating frontline workers but on Monday talked about it in stronger terms after three workers at a quarantine facility caught the virus. New Zealand has stamped out the spread of the virus within the community, so returning travelers who may have caught COVID-19 abroad are considered the biggest vulnerability.

The Korea Disease Control and Prevention Agency said 350 of the country’s 587 new cases were from the greater Seoul area. Kwon Jun-wook, director of South Korea’s National Health Institute, said earlier this month that authorities are reviewing whether to approve rapid home tests. But the review has proceeded slowly with some experts saying such tests would do more harm than good because they are less accurate than standard laboratory tests.