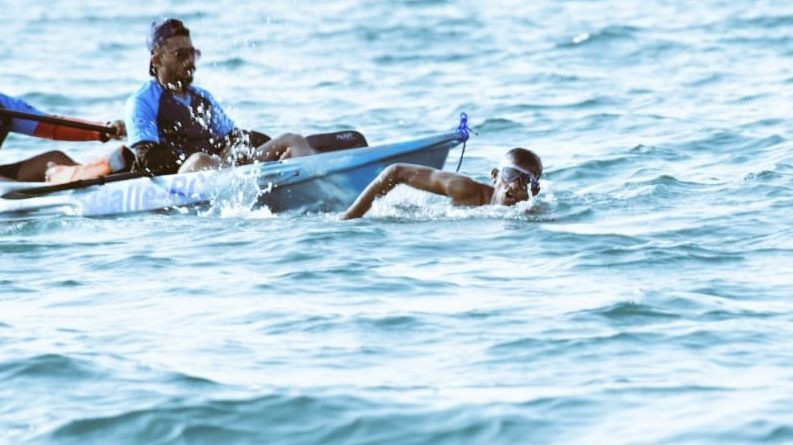 Early morning on Saturday (April 10), Abeysundara kicked off his record-breaking mission from the Talaimannar beach in Mannar.

He had been presented with a thermal swimming kit which would assist during his record-breaking attempt, by the Commander of the Air Force, Air Marshal Sudarshana Pathirana.

During his preparation for the event, Abeysundara renewed the National open water swimming record twice within a short time period. He created a new record by swimming a 25Km distance from Matara to Koggala on January 03 clocking a time of 10 hours and 37 minutes and went on to renew the record by swimming a distance of 49Km from Matara to Hikkaduwa and back to Unawatuna on February 27 with a timing of 23 hours and 10 minutes.

Abeysundara is a Level III swimming instructor affiliated with American Swimming Coaches Association and has undergone training from the legendary Julian Bolling.

He is an experienced lifeguard who has obtained the Level II standard from Sri Lanka Life Saving, the SLAF said further.

His passion for swimming has led him on the path of entering the Guinness World Record Book as he swims to renew V.S. Kumar Anandan’s 50-year-old record which was set in 1971 by swimming the Palk Strait in 51 hours.