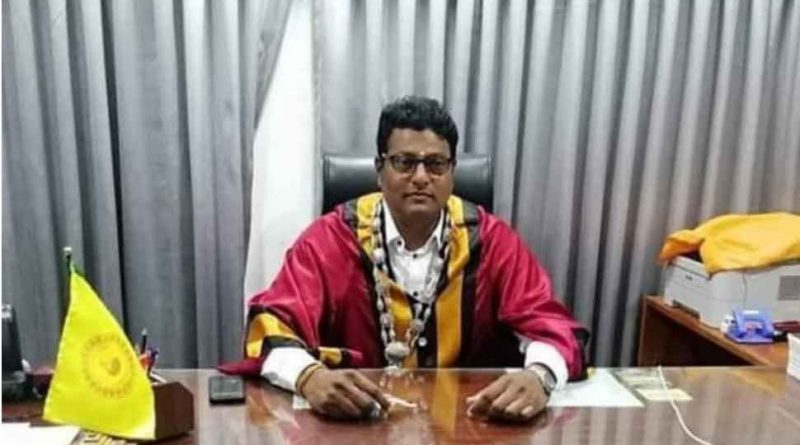 Mayor of Jaffna Municipal Council, Vishvalingam Manivannan has been arrested by Jaffna Police this morning (April 09) for allegedly aiding to propagate the now-defunct separatist group LTTE.

According to Police Spokesperson DIG Ajith Rohana, Manivannan had deployed five individuals wearing uniforms similar to that of LTTE ‘police’ to perform duties of the municipal council.

Probes into the incident revealed that the five individuals in question, who were recruited on a temporary basis, had been deployed by the Jaffna Municipal Council on the instructions of the mayor.

A special investigation was launched by Jaffna Police and Terrorism Investigation Division (TID) upon the directives of Minister of Public Security Sarath Weerasekara, the police spokesperson stated.

Accordingly, statements pertaining to the incident have been recorded from the Jaffna Municipal Commissioner and several other officials of the municipal council.

The investigations will be carried out under the provisions of Prevention of Terrorism Act (PTA).

The 37-year-old mayor is expected to be handed over to the TID for further probes, DIG Rohana said further.

Manivannan, who is a member of the Tamil National People’s Front (TNPF), was appointed as the mayor of Jaffna Municipal Council in December last year.