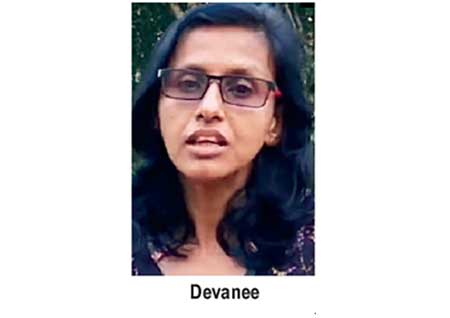 There has been a serious lapse on the part of those who conducted the environmental study of the Central expressway project, and they have not paid attention to the existence of rare plant species, Crudia zeylanica or Sri Lankan Legume, in the area earmarked for clearing, Environment Minister Mahinda Amaraweera says.

Speaking to journalists yesterday, the Minister said it has been revealed that the Crudia Ceylania or Pandu Karanda plant near the Daraluwa Railway Station in Gampaha was a very rare plant. He added that attention should have been paid to it and the Ministry of Environment had decided to launch an investigation to find out why the plant was not taken into consideration when the study was carried out.

The Minister said he saw nothing wrong in the course of action Forest Officer Devanee Jayatilaka had resorted to in protecting the critically endangered endemic plant. “As an environmentalist and responsible citizen, she has every right to fight for the protection of the fauna and flora of this country,.”

It has been reported that some high-ranking administrators are contemplating disciplinary action against Devanee, claiming that she acted in a high-handed manner in trying to protect the plant.

Wildlife Department Director General and the Road Development Authority had been instructed not to take any action in this regard until a final decision was taken regarding the rare plant species, Minister Amaraweera said, adding that he did not endorse decision to hand over the task of translocating the plant to a private company.

Amaraweera said there were two options—changing the path of the expressway and removing the plant and replanting it in a suitable ecosystem scientifically.

He said that engineers engaged in constructing the expressway had pointed out that a change in the design of the road project would entail a huge cost.