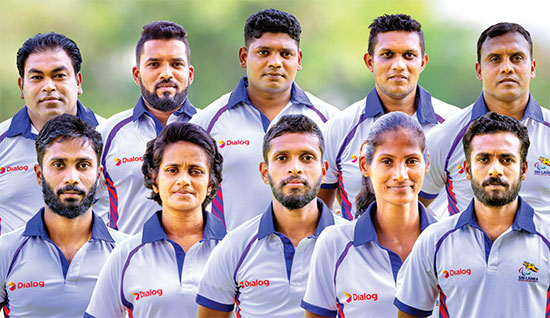 Sri Lanka’s premier connectivity provider, Dialog Axiata PLC, will power an eight-member strong Sri Lankan contingent that has taken wing to Dubai, United Arab Emirates, to qualify for the 2021 Tokyo Paralympics at the World Para Athletics Grand Prix which will be held from 6th to 14th February 2021.

The team will be led by Sampath Hettiarachchi who will compete in the F44/64 (med cate) Javelin, whilst Gamini Ekanayake in the F46 Javelin, Maduranga Subasinghe in (T46) 400M, Paitha Bandara in (F42) Shot Put, Kumudu Priyankara in (TF46) Long Jump and 100M and Indumathi Karunathilaka will vie for top honours in the TF46 Long Jump and 400m.

If the Sri Lankan contingent secures medals at the 2021 World Para Athletes Grand Prix, they would receive automatic entry to compete at the Tokyo Para Games for 2021. At present three Sri Lanka para athletes have already qualified for the Tokyo games which will have the participation of athletes from 134 countries.