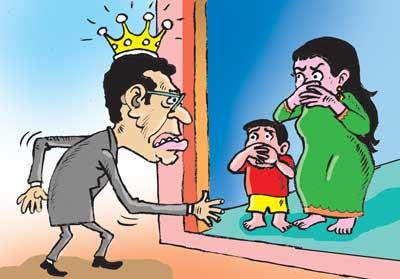 A top team member of the national list origin who  was among the first few people to join the current government has reportedly got sick of the portfolio he is holding.

He is said to have sent several messages to the Big Boss through his buddies informing him of aversion to function in his portfolio any longer.

Meanwhile, he had sent word to a sibling holding a top post asking him to find him two good vehicles as he was planning to hand back his official vehicle shortly.

This top team member who had to give up a job that brought him an income amounting to millions in a month is said to be also under the pressure of his family intimates to give up the portfolio.

So, he is to take a firm decision shortly.  Meanwhile, another Diyawanna politico with a business background hailing from Kalutara area, appointed from the list like the other one has planned to bid adieu to his brief council career, they say.