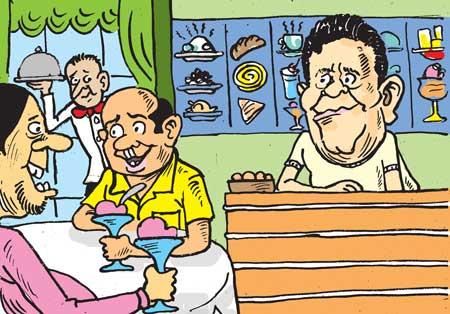 A former Diyawanna member, a chief provincial purohita and a provincial governing one, this politico failed to make it to Diyawanna at the last general polls.

He later attributed his defeat at the polls to a clash he had with his political Guru who contested in the same district.

Now the politico has reportedly planned to start a chain of hotels, the first one in Pulatisipura. The chain is to be extended to the other areas like Kandy, Ruhuna and Wayamba later.

Meanwhile, he is said to have decided to sever the political ties with his long-standing Guru and cast his lot with Pohottuwa.