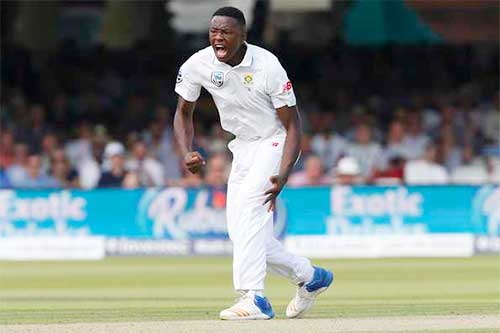 Sri Lanka’s problems in South Africa worsened on Monday when Kagiso Rabada was added to the home side’s squad, CSA said in a release. Rabada returns from a groin injury in time to play in the second Test at the Wanderers, which starts on January 3.

At lunch on the third day of the first Test at Centurion, South Africa were 435/5 – a lead of 39. Worse, Sri Lanka have lost Dhananjaya de Silva to a torn thigh and Kasun Rajitha to a groin problem. That comes on top of Suranga Lakmal being ruled out for Centurion with a hamstring injury.

Rabada last played a Test against England at St George’s Park in January, which is also the last time he was in action at first-class level. But he had a stellar 2020 IPL in September and November, topping the wicket-takers with 30 in 17 matches for the Delhi Daredevils and the second-highest in the history of the tournament.

The release said Rabada had “successfully gone through all the COVID-19 and pre-bio-secure environment (BSE) entry protocols and is expected to enter the BSE before the start of the second session today”. Sure enough, minutes after the release landed on the stroke of lunch Rabada appeared and started running laps of Centurion’s outfield.