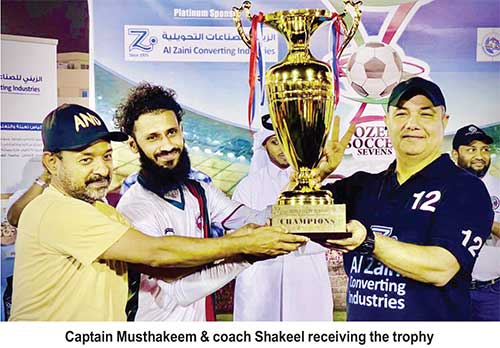 Puttalam Zahira FC team led by the Captain Mohamed Musthakeem and he made the team as unbeaten throughout the tournament. The final game was followed by a grand closing ceremony where each of the players were presented with an award of participation.

On behalf of Puttalam Zahirians, President Isham Marikar thanking all the players of Puttalam Zahira FC, Coach Mr. Shakeel, Executive Committee Members, All Puttalamians & Supporters for their commitment to win this Championship after 7 years in Qatar And also he specially thanking the organizers for the excellent tournament by following COVID 19 Safety Measures.