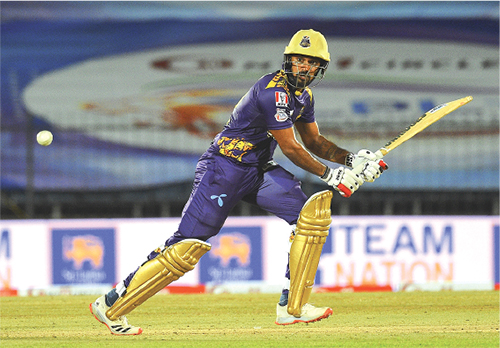 Kandy Tuskers have been extremely unlucky in the Lanka Premier League so far. Their game against Colombo Kings was tied and then they lost in the Super Over and then Dambulla Viikings beat them in the DuckworthLewis Method in the second game. But on Monday night, lady luck was on their side as they overcame Galle Gladiators in style to pick up their first points. Galle after three games are yet to win a game.

There was not much fight from Galle last night but spare a thought for Danushka Gunathilaka who fought a long battle. The left-handed opener top scored with 82 runs. He was run out attempting a suicidal second run but nobody faulted his decision as he was running out of partners and had to retain strike.

Gunathilaka’s 82 came off 53 balls with 13 fours and a six. There was little support from his team mates in pursuit of a target of 197 with the next best score being 17 by Shehan Jayasuriya.

Kandy will be pleased that they are gaining momentum. They had their overseas signing Irfan Pathan being sidelined in their first game itself after pulling he pulled a hamstring. The good news for them is Dale Steyn is in town and he is expected to lead the bowling attack later in the week.

The mainstay of Kandy’s batting was Brendan Taylor with an unbeaten half-century and he steadied the innings with the middle order after Kusal Mendis at number three had posted 49.

Galle never looked set to challenge the target and fell short by 25 runs. They seem to be carrying too many ‘bits and pieces’ all-rounders who are neither making significant contributions with the bat nor containing or taking wickets with the ball. Worse, they remain a liability on the field.

The double header on Monday produced some superb individual batting displays and fans will be hoping for repeat today as two more games are scheduled.