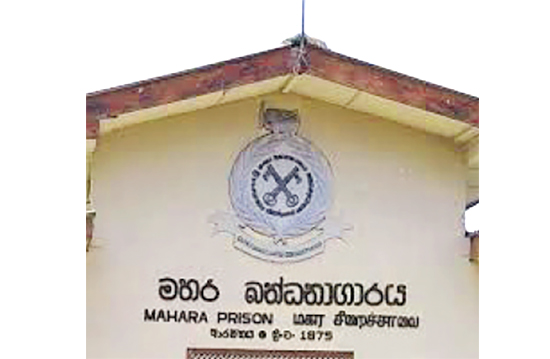 Condition of some inmates serious

Exact number of deaths not known

At least four inmates were killed and 26 others injured, yesterday evening, when officers opened fire during a riot in the Mahara prison. It was not clear how many had died, but four bodies were taken to the Ragama Hospital, according to sources.

The condition of some inmates was serious, a senior doctor treating the injured told The Island.

Police headquarters said law enforcement units including the Special Task Force had been deployed in support of the prisons guards.

The situation had been brought under control by yesterday evening, the police said, adding that inmates had caused disturbances over the spread of COVID-19 in their prison.

The riot erupted when inmates learnt that there was a surge in infections in the prison, and dozens of them had tested positive for COVI-19.

Most inmates wanted to be taken to treatment centres, making it difficult for the prison guards to control them.

The inmates turned aggressive and attempted an arson attack.

A fire was reported from the prison last night.

So far, over 1,000 corona positive cases have been reported from the prisons.