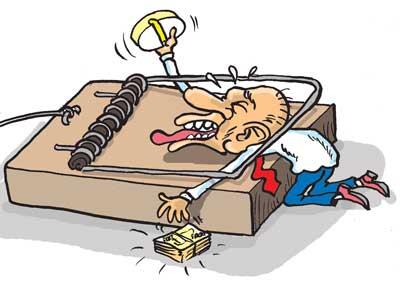 The main character of this story is a white-collar high-up handling account in a state-run establishment dealing with pharmaceuticals.

He had made it a practice to collect a commission from the suppliers registered with the establishment when settling bills.

The government authorities who had learnt about the conduct of the white-collar high-up had laid a trap with a pre-arranged transaction using a decoy and had caught the man red-handed.

Details about all shady deals that the high-up had been involved are now being elicited in an ongoing investigation, they say.