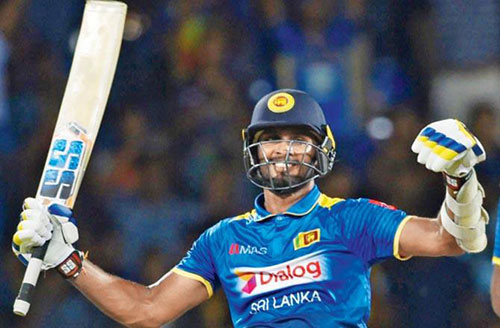 While a captain is to be officially named this team is not short on leadership; in Dasun Shanaka, Upul Tharanga and Ireland international Paul Stirling, Dambulla boast three players who have captained their sides on the international stage.

Hard work, innovation, team work. These are the three pillars on which the Dambulla Viiking franchise has sought to build their squad for the upcoming inaugural Lanka Premier League. As such their 21-man squad, led by head coach former England cricketer Owais Shah, sees a truly competitive blend comprising the cream of Sri Lankan talent, international experience, and youthful exuberance.

While a captain is to be officially named this team is not short on leadership; in Dasun Shanaka, Upul Tharanga and Ireland international Paul Stirling, Dambulla boast three players who have captained their sides on the international stage. This strong leadership base is supplemented by the considerable international experience of players such as Niroshan Dickwella, Lahiru Kumara, Kasun Rajitha, Afghanistan duo Aftab Alam and Samiullah Shinwari, and veterans Anwar Ali from Pakistan, India’s Sudeep Tyagi and Englishman Samit Patel.

The team’s collective of promising Sri Lankan youngsters will no doubt benefit from rubbing shoulders with players of such international stature. Ashen Bandara, Kavindu Nadeeshan, Ramesh Mendis, Sachindu Colombage, Dilshan Madushanka and Pulina Tharanga, may not yet be household names, but given the right opportunity and guidance they are poised to flourish.

Strong Sri Lankan base While possessing a wealth of international talent, the team nevertheless is built around a strong Sri Lankan spine. In Shanaka, Dickwella, Oshada Fernando and Tharanga, Dambulla have four batsmen who have delivered at the highest level, while the big-hitting offered by the likes of Stirling, Patel, Shinwari and Lahiru Madushanka, provide punch in the middle and lower order.

The pace department meanwhile is led by the express Kumara and the precise Rajitha, who are fast becoming mainstays in the national team setup. Supported by bowlers the calibre of Ali, Alam and Tyagi, who are capable of swinging and seaming the ball, Dambulla’s pace attack boasts many strings in its fast-bowling bow.

In the spin-bowling department, it’s Malinda Pushpakumara that will likely lead the way, the veteran left-arm spinner who has taken an astonishing 793 first-class wickets in his career.

Aiding him will be a plethora of spin options, namely the wise old heads of Shinwari and Patel, who will also no doubt play a major role in guiding some of the raw spin talent in the squad.

Crucially many of Dambulla’s bowlers are more than capable with the bat, which will give head coach Shah a pleasant headache when putting together the team.

“We have a great blend of youth and experience, with a lot of complementary skill sets. Once the tournament starts and each teams strengths and weaknesses become clearer, we’re confident of being able to field a strong XI in every game,” said Shah.