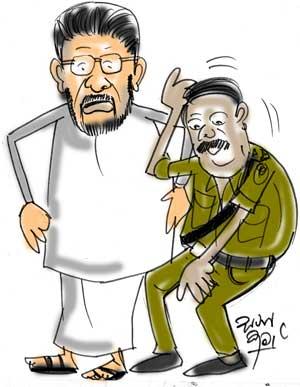 A punishment transfer a three-star khaki high-up got on being served with a charge sheet with no less than 25 counts, has now been cancelled following the intervention of an influential politico, they say.

The mother of this khaki high-up is said to be a member of a council representing a political party in the bud.

The mother had approached the politico with the son and had appealed that the latter be spared the punishment meted out to him and the politico had readily complied.