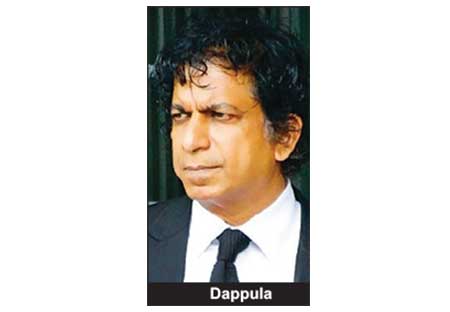 AG asks police to probe alleged negligence of Brandix, others

Attorney General Dappula de Livera, PC, has called for an immediate investigation into circumstances that led to the coronavirus eruption at the Brandix apparel manufacturing facility at Minuwangoda early this month.

AG’s Coordinating Officer State Counsel Nishara Jayaratne told The Island that a progress report had been called  by or before Nov 13.

The AG stepped in amidst Opposition political parties, both in and outside Parliament questioning the failure on the part of health authorities to establish how the eruption had taken place.

Instructions were issued yesterday (27) when the AG summoned DIG Ajith Rohana, a senior officer in charge of the police Legal Division. The State Counsel said that the AG wanted the Brandix management, its agents and government servants probed as regards their negligence and carelessness.

Epidemiologist Dr. Sudath Samaraweera recently told The Island that they were yet to ascertain the cause of the current wave. Health Secretary retired Maj. Gen. Sujeewa Munasinghe said they had probed several leads and were now close to bringing the inquiry into successful conclusion.

Both Dr. Samaraweera and Head of the National COVID-19 Task Force Lt. Gen. Shavendra Silva have said the 39-year-old Brandix employee who was the first to be tested positive is not the patient zero as regards the garment cluster.

The AG intervened in the absence of a police investigation into various accusations regarding the second wave with the number of positive cases rapidly nearing 9,000.

Brandix, in response to The Island queries, has assured that it followed health guidelines when 341 workers attached to its facility in India and their families were repatriated in three batches. The company said that it would fully cooperate with government authorities inquiring into the outbreak.

The Opposition lambasted the government for the deteriorating situation during last Friday’s debate on the epidemic now threatening to overwhelm the health facilities.